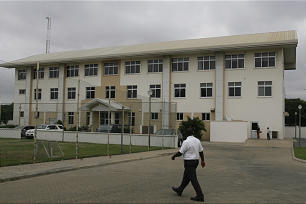 A Day at the Ghana MTC

It’s a Monday morning and President Stephen L. Graham and his wife, Sister Vanessa Jane S. Graham, are getting ready for “intake day,” when they will welcome 83 missionaries.

The three-story MTC building houses elders and sisters assigned to serve in a variety of French- and English-speaking countries throughout Africa.

“We get missionaries from all over the world,” Sister Graham said. “England, France, the United States, Fiji, Australia, New Zealand, the Philippines and, of course, from many countries in Africa. We even have one from Cambodia and Angola. It’s very diverse.”