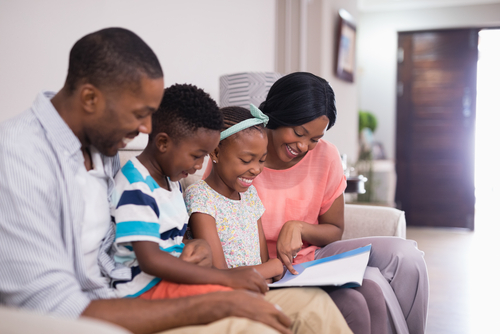 A Fun General Conference Scavenger Hunt Your Family Will Love

The next two weeks of Come, Follow Me focus on Matthew 16–17, Mark 8–9, and Luke 9.  In Matthew 16:13-17, Christ asks His followers, "Whom say ye that I am?" The answer to this question varies based on the revelation we have received of Christ's divine identity. Receiving revelation often begins with asking questions, and in preparation for the revelations that are to come this general conference, we have provided a family home evening activity focused on asking questions and finding answers. Check out this week's Come, Follow Me study ideas on LDS Living for additional resources and suggestions.

“The Prophet Joseph Smith set a pattern for us to follow in resolving our questions. Drawn to the promise of James that if we lack wisdom we may ask of God, the boy Joseph took his question directly to Heavenly Father. He sought personal revelation, and his seeking opened this last dispensation.

In like manner, what will your seeking open for you? What wisdom do you lack? What do you feel an urgent need to know or understand? Follow the example of the Prophet Joseph. Find a quiet place where you can regularly go. Humble yourself before God. Pour out your heart to your Heavenly Father. Turn to Him for answers and for comfort.”

"He saith unto them, But whom say ye that I am? And Simon Peter answered and said, Thou art the Christ, the Son of the living God."

President Nelson has urged Latter-day Saints to frequently study the messages shared at general conference. In preparation for this upcoming conference, test your knowledge and refresh your memory of last conference by completing this scavenger hunt. Have individuals come prepared with either a hard copy of the Ensign’s November general conference issue or an electronic device that will give them access to the 2018 October general conference talks. Depending on the size and preference of the group, either divide individuals into teams or have each person compete separately.

Below is a list of scavenger hunt questions. Hand out copies of these questions and have individuals see who can fill out the scavenger hunt fastest, or call out each question separately and have family members compete to find the right answer first. Check your answers on the next page. (Hint: The answer key includes the talk each question and answer is found in. You can give the talk as a hint if family members are struggling to find the answer.)

When you are finished going through the scavenger hunt, ask family members what interesting details they learned or had forgotten. Read President Nelson’s quote about asking questions and seeking revelation, and discuss what questions family members have that they hope will be answered during general conference. Ask and discuss how coming to the Lord with questions can enrich our study of the messages shared in general conference.