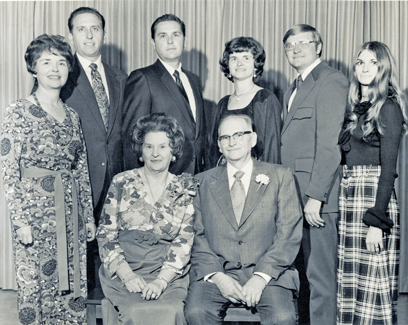 A Heartwarming Story of President Monson's Mom & What It Teaches Us

At a time when the world had little hope and many had to struggle to find food, Gladys Condie Monson did something remarkable that teaches all of us what it means to bear "the mark" of a disciple of Christ.

President Thomas S. Monson often has spoken of his boyhood years, noting that sometimes people made social distinctions about being from the “east side” or the “west side” of the railroad tracks in Salt Lake City. Then, with a smile, he added, “We lived between the tracks.”

During the Great Depression, thousands of men in search of work “rode the rails” throughout the United States. Some of those passing through Salt Lake City hopped off the train and made their way to a certain house to ask if there was any work they could do in exchange for something to eat.

Gladys Condie Monson never turned anyone away. She shared with the men whatever food she had prepared for her own family. If she had made sandwiches for lunch for her family, that’s what she gave the men. If the family’s meal included some kind of meat and vegetables, that’s the meal she served to those who knocked at her kitchen door.