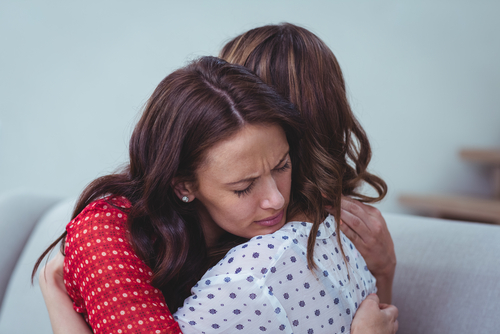 A Powerful Lesson on Ministering from Mary, Martha, and Jesus

► You'll also like: What My Relief Society Learned About Ministering Long Before the Program

Ministering in this new way allows us to focus on what the sisters need as we get to know them, learn to love them, and follow personal inspiration. We have the flexibility to minister to their various and individual needs. Some sisters will need more, some less. As we follow the Spirit, we will be led to know how we can minister to them as the Savior would.

The Savior was the supreme example of loving and individual ministering. A moving illustration of this was taught by a brother in my ward, as he spoke of Jesus, Mary, and Martha during his sacrament meeting talk. It shows how the different needs of two sisters in the same situation were met. I share it now with you.

Jesus had been teaching in Bethabara of Perea when He’d gotten word from His dear friends, Mary and Martha, that their brother Lazarus was sick. The story is contained in John chapter 4. After He received the letter, He stayed for two days. Why? Because He understood that this was an opportunity to show God’s power and purpose for His life. He said, “This sickness is not unto death, but for the glory of God, that the Son of God might be glorified thereby” (vs. 4). (We could easily digress here and talk about trusting in God. Sometimes answers don’t come when and how we want them to. But He always has a purpose and plan higher than ours. Always.)

After teaching for two more days, Jesus finally took the one-day journey to see Lazarus. The moment Martha heard He was near their town, she went to meet Him. She greets Him with an angst-filled statement: “Lord, if thou hadst been here, my brother had not died” (vs. 21). This is followed by her declaration of faith. “But I know, that even now, whatsoever thou wilt ask of God, God will give it thee” (vs. 22).

How I wish I could have seen the look of love and understanding that comes with perfect perspective. His voice must have been tender and emotion-filled when He replied, “Thy brother shall rise again” (vs. 23).

Martha seemed to have a firm testimony of the power of Heavenly Father and the fact that her friend, Jesus, could draw upon those powers. She also had an understanding of the plan of salvation, for she said, “I know that he shall rise again in the resurrection at the last day” (vs. 24). But Martha seemed to be missing something.

The Savior used this moment of grief as a teaching one. “I am the resurrection, and the life: he that believeth in me, though he were dead, yet shall he live: and whosoever liveth and believeth in me shall never die” (vv. 25-16). It seemed He was adding to what she knew and teaching her the next line. Yes, God is powerful, and there is a plan, but I am the Way. Did she understand? He asked, “Believest thou this?” (vs. 26).

“Yea, Lord: I believe that thou are the Christ, the Son of God, which should come into the world” (vs. 27).

After this tender exchange, Martha went to fetch Mary, who came quickly to where Jesus was. When she reached Him, she fell at his feet and through tears, cried, “Lord, if thou hadst been here, my brother had not died” (vs. 32).

Both sisters said the same exact thing upon seeing the Lord. But, His response to Mary was different. “When Jesus therefore saw her weeping. . . he groaned in the spirit and was troubled” (vs. 33). He asked where she’d laid Lazarus, and “Jesus wept” because of her love for her brother. (vv. 35-36).

He walked with Mary to the tomb of her brother and His beloved friend and asked the stone to be removed so He could enter. Martha, out of concern, explained that, because Lazarus had been dead for four days then, he might smell bad. Jesus replied, again I imagine tenderly, “Said I not under thee, that if thou woudlest believe, thou shouldest see the glory of God?” (vs. 40). He then commanded Lazarus to arise from the dead, and he obeyed. What a joyful miracle!

President Nelson says we must “minister to the one, just as (the Savior) did.”

The Savior asks us to minister to our sisters as He did—according to their needs. Not every sister will have the same need. And the needs won’t be same month to month, or even week to week. His example is one of individual ministering and love.

Watch for more tips and insights into the new visiting teaching program from Michelle Wilson next month.