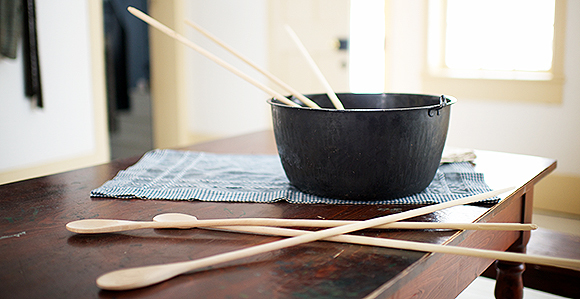 LDS.org recently shared this touching quote and simple tale, illustrating to us what heaven truly means and how we can achieve it in this life.

“I am confident there are within our sphere of influence those who are lonely, those who are ill, and those who feel discouraged. Ours is the opportunity to help them and to lift their spirits.” —Thomas S. Monson, “Be an Example and a Light,” Oct. 2015 general conference

On October 27, 2015, the First Presidency sent a letter to all the members of the Church asking us to “participate in local refugee relief projects, where practical.”

As illustrated by the following tale, we all sit by a “pot of stew.” A man sought out a respected old sage and said, “O wise one, I would like to know what heaven and hell are like.”

The people sitting around the table were thin and sickly. They appeared to be famished.