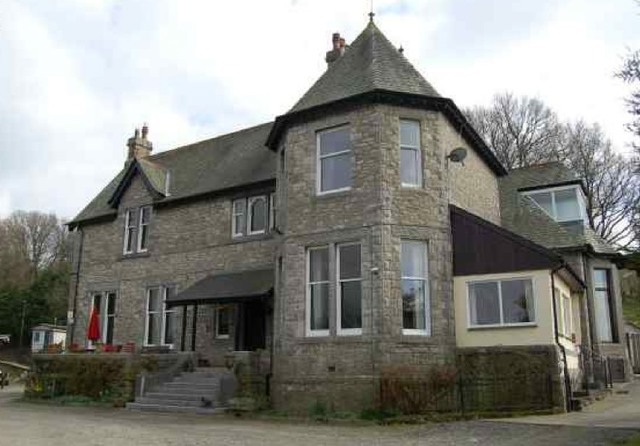 With sheep that far outnumber residents, a cluster of cottages, a handful of farmhouses, and a single train station, Oxenholme, England, seems a strange place for two Latter-day Saint missionaries to live during the summer and early fall of 1978.

Stranger still were the inexplicable encounters these missionaries had while staying in the old servants' quarters of Oxenholme House.

As the last railway stop before Kendal and the Lake District, Oxenholme has managed to stay a tiny, isolated community of green fields crossed by low-lying stone fences.

But despite the tranquil scenery, Oxenholme has a surprisingly graphic and violent history.

“Talking to members of the small branch, you could tell this was an area that had a history of ghost stories,” says Ron Beckstrom, one of the missionaries who stayed in the Oxenholme House in 1978.

“There were a lot of ruins in the area that dated back to the Romans. There was a hill right outside of town that people speculated contained Roman or Druid ruins, but archeologists don’t know for sure what was there.”

Built in 1890, the same year three men were killed at the train station just below the property, Oxenholme House sits two miles from the nearest town, Kendal.

"The house itself was a little creepy because it sat by itself on a hill overlooking the town and the train station," Beckstrom shares. "It was all alone. I had just come from the city of Liverpool where there were several million people, so the quiet was a little strange to have."

But the eerie quiet wasn't the only unusual part of Elder Beckstrom's arrival at Oxenholme House. "Two new missionaries were moved into the area, which was unusual. Typically one missionary is left who knows the area and can help introduce the new missionary to investigators,”  Beckstrom recalls.

However, Elder Beckstrom and his companion, Elder Taylor, were excited for the change and quickly forgot about the curious arrangement.

Not a month after moving into Oxenholme House, the elders began experiencing unnerving noises and supernatural events.

It started with small objects moving to bizarre places in their apartment while the missionaries were out tracting during the day—shoes placed on top of beds, chairs left sitting on tables or mattresses, and milk bottles pulled out and stacked in pyramids on the counter.

Elder Beckstrom asked the farmer living in the main house if a cleaning lady or other person ever entered their apartment during the day. "He told us, 'No. We’re the only ones up here.'"

Though it seemed unlikely for this "gruff, no-nonsense" farmer to play a trick on the missionaries, the elders soon began suspecting the 60-year-old man when their items continued to inexplicably move throughout the day.

That was when the missionaries decided to test whether anyone entered their apartment while they were away. "At one point Elder Taylor said we ought to put a piece of tape on the door to see if it was broken or removed when we came back," Beckstrom shares.

The missionaries left tape at inconspicuous places on the door on several occasions, even at times when they would enter to find things moved around in the apartment. "[But] the tape was never broken or disturbed," Beckstrom says.

Along with these disturbing occurrences, the missionaries often heard rustling, creaking, and strange sounds in the attic.

A single-room with broad oak beams across the ceiling, the apartment was detached from the main house. One day Elder Beckstrom and Elder Taylor discovered the access to the attic in their corner of the house, finding nothing but sheeted mirrors, an old-fashioned sled, a decapitated manikin, and dusty furniture.

Though they discovered no cause of the noises, they began passing the sounds off as the usual adjustments of a century-old house battered by wind and rain.

Until the footsteps began.