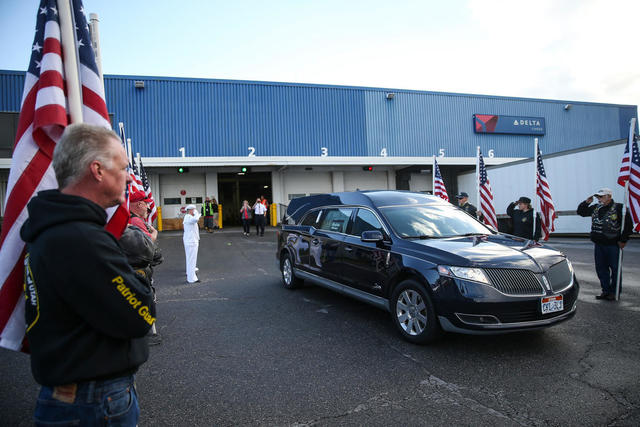 “After exhaustive search, it has been found impossible to locate your son,” the Larsen family received in a telegram. "He has officially been declared to have lost his life." Despite the finality of those words, the family continued to look for the body of their son—a search which has now come to an end 75 years later.

A new home, a fiancé and law school were waiting for Elliott Deen Larsen in December 1941.

More than 75 years later, his community is preparing for his return.

Larsen was released from the Navy on Dec. 6, 1941, but was not ready to leave Hawaii and return to civilian life just yet. The sailor, 25, wanted to see the sights and savor his time playing baritone in the U.S. Navy Band at ceremonies around the world, from Arlington to London's Westminster Abbey, where he performed at the 1937 coronation of King George VI and Queen Elizabeth.

Larsen, a musician first class, planned to stay an extra two weeks on the USS Oklahoma before heading home to his tiny ranching community in central Utah for Christmas.