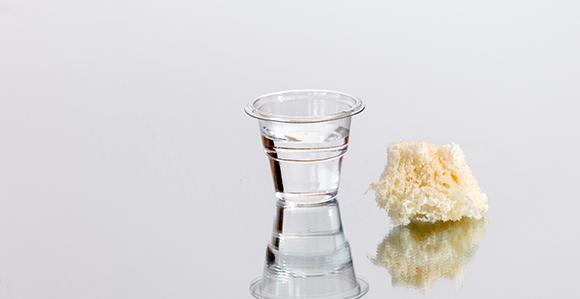 After Her Doctor Said She Would Never Eat Again, LDS Woman Learns Something Beautiful About the Sacrament

What profound insights not only about the sacrament but all the covenants we make with our Heavenly Father and our relationship to Him.

“You will never eat again.” That was the diagnosis I was given after I lost all but three feet of my intestines in a near-fatal car accident in July 2014. Three months later, when I was transferred to a hospital in Salt Lake City, Utah, from Scottsdale, Arizona, I was allowed to swish water in my mouth and spit it out as often as I wanted and have a cup of ice chips once a day.

On a Sunday shortly after my arrival at the Salt Lake City hospital, a senior missionary couple visited me in my room and asked if I wanted to take the sacrament. I explained that I could not eat, but they said, “No problem. We will be back in about 15 minutes to bring you the sacrament.” I was interested to see what would transpire.