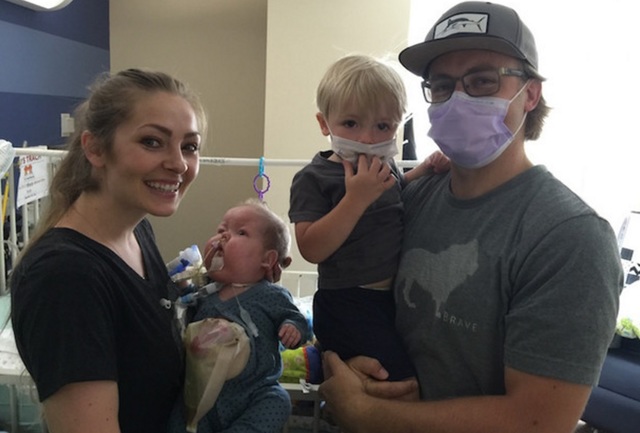 When an LDS mother's little boy passed away, she found a vital way she could help sick newborns in the hospital even while holding onto her faith. "We have our faith and we believe we will have him again and that he is an important part of this world and now finally the world is seeing that," Demi Frandsen shared.

A woman born and raised in Idaho Falls is making news around the world for her heroic and historic donation of breast milk.

Demi Frandsen, 28, and her husband, Jeff, 27, have been living in Omaha, Nebraska, while Jeff attends medical school. In the summer of 2014, the Frandsens learned Demi was expecting their second boy.

“When we went to find out the gender, the doctors told us he would have a rare birth defect of the abdominal wall called gastroschisis,” Frandsen told EastIdahoNews.com. “They were pretty sure they’d be able to fix it within the first few weeks of his life.”

Leo was delivered via emergency C-section two months early and weighed only 2 pounds, 10 ounces. Usually infants born with gastroschisis can have any exposed organs placed back into the belly with surgery. However, in Leo’s case, his small frame and undeveloped lungs made his condition more complicated.