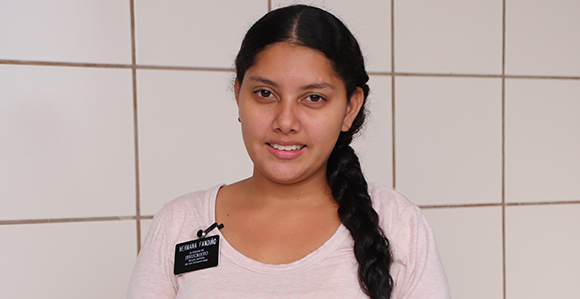 Kellys Fandiño's mother bought a book she would later discover was the Book of Mormon; the entire family fell in love with the gospel teachings it contained. After they were baptized, their dedication to the gospel only became stronger, especially when Kellys's younger sister decided to serve a mission.

About three years after the family was baptized, Kellys’s younger sister decided she wanted to serve a mission. After she finished school, she began cleaning houses to earn money for everything she would need.

When she went to collect the money owed her, one of the women she had worked for refused to pay her. Sister Fandiño was still able to buy most of the things she needed, but without the rest of the money she had earned, she did not have enough to buy a suitcase.

Then, she realized she did have one more thing that could be worth some money—her beautiful long hair that went below her waist.