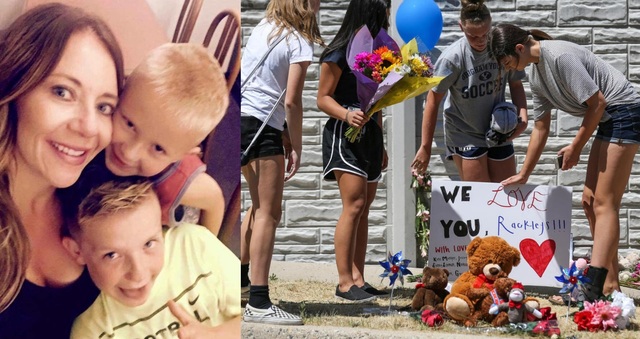 After LDS Mom and 2 Children Shot in the Street, Neighborhood Rallies Around Family

On Tuesday, a man attacked LDS mother Memorez Rackley and her two sons, shooting all three as well as the 8-year-old daughter of a woman who stopped to help Rackley. Rackley and her 6-year-old son, Jase, died in the attack.

"This kind of violence was a shock to our peaceful neighborhood and it is affecting people of all ages," Bishop Matheson said. "We know that in addition to supporting the Rackley family, we also need to be supporting other members of the neighborhood. People who witnessed it, people who were friends, people who housed victims in their homes for a period of time until help arrived. They've all got to deal with the trauma."

Tucked down between a few small hills on the east side of Sandy, members of a peaceful and close-knit neighborhood have spent the past year rallying around a family whose son nearly lost his life to a tangle of blood vessels in his brain.

Now, after an explosion of unimaginable violence, residents of the Willowbrook neighborhood are again reaching out to the Rackley family as 11-year-old Myles returned to the same intensive care unit, this time with critical gunshot injuries he sustained in a shooting that killed his mother and 6-year-old brother.

"Everyone felt like we'd had a miracle," Sarah Weaver, a friend of the family, said of Myles' recovery from the life-threatening malformation. "The community is heartbroken. This is a family that they prayed for and hoped for and were so happy for, and now they're devastated."