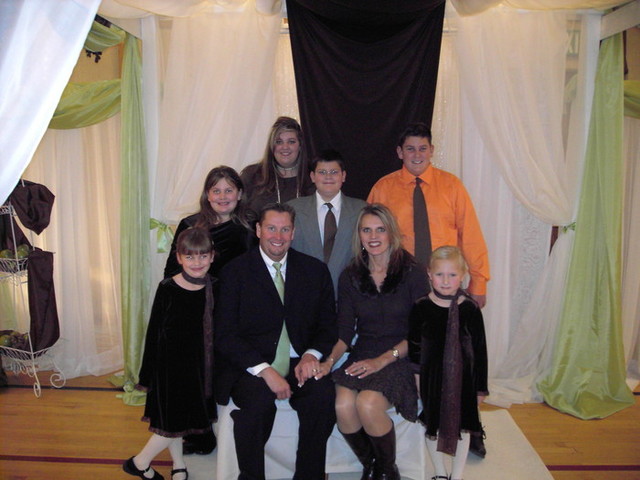 After Violently Losing Husband, LDS Mom Shares: "I Have Faith That Someday Everything Will Be Sorted Out"

Despite losing her husband, despite remarrying and working to bring together a blended family, one LDS mom knows that no matter what happens, "everything will be sorted out in the end."

On October 16, 2000, my new baby girl Kenadee and I watched my husband of 15 months excitedly get dressed to go hunting for the day. Cameron had worked a night shift and had come home early that morning full of energy and ready to have fun. We said our prayers together as we always did before he left. His prayer was sweet as he thanked Heavenly Father for his wonderful wife and beautiful daughter. We kissed each other good-bye and said “I love you” as he hurried out the door, calling back that he would see me later that afternoon.

When Cameron and I were married in the Idaho Falls Temple in June of 1999, it felt like a gift. For all of my 29 years, through my college education, a mission to South Korea, and the long period of time afterward, I had longed to have a family of my own. In fact, just before I met Cameron in our singles ward, I was preparing to “graduate” to a family ward and had lost all hope that these blessings would come to me. The day of our wedding, I felt so grateful that I had remained worthy throughout my life and that I was being sealed to a worthy man. I realized Heavenly Father had been listening to me; everything had happened in His time, not mine.

Cameron and I were very happy. We served others and magnified our Church callings. We made our home one in which we could be guided by the Spirit. Cameron felt we should start our family right away rather than wait until he finished school as we had considered. How grateful I am that he listened to the Spirit. In August 2000 our daughter, Kenadee, was born. I had been happy in my life, but the joy I experienced as a wife and mother was beyond description. Finally, I was living the life I had always wanted.

By 2:00 p.m. on that day in October, he still wasn’t home and I began to worry. I felt something was wrong but dismissed the thought. At 3:00 p.m., I received a call from the hospital.