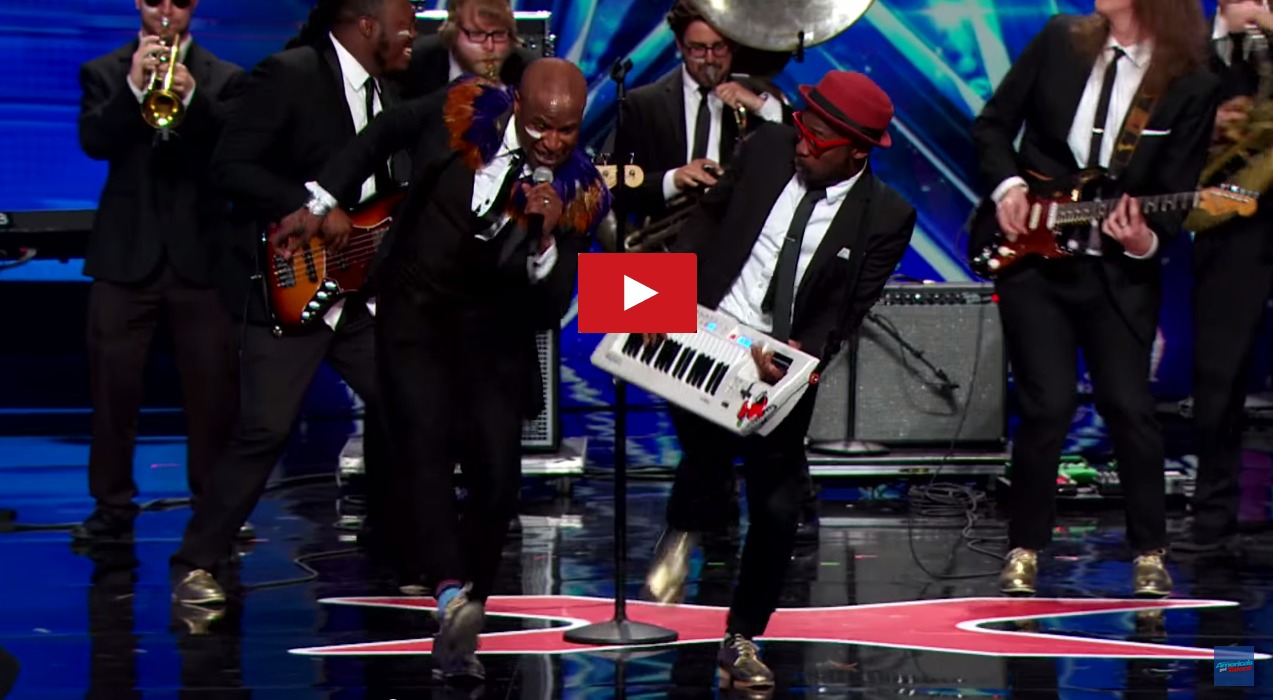 Alex Boye Performs on Next Week's 'America's Got Talent,' Ends Up in Hospital

LDS fans of NBC's America's Got Talent have something fun to look forward to on next week's episode: LDS singer Alex Boye and his band Changing Lanes Experience will make an appearance!

In a Facebook post he published June 16th, the singer said, "I can finally talk about it!! Killed it on stage on America's Got Talent!!"

And it turns out, he might mean that literally. In the episode's teaser (you can watch it above), one of the performers is injured. Boye noted, "[Our] performance was so hot, it actually sent me to the hospital!"

Whether it's Boye himself who was hurt or if he simply accompanied someone else to the hospital is still unclear.

You can watch the episode Tuesday, June 23rd at 8/7c to find out what happened.

This isn't the first time a big-name LDS performer has been on America's Got Talent. Last year, LDS pianist Josh Wright also appeared on the show to perform his "Exploding Piano" routine. But despite three "yes" votes from the judges, he did not advance to the next round.

Famous LDS YouTuber Lindsey Stirling was also on the show back in 2011. She made it to the quarter-finals, but the judges felt her act wasn't good enough to stand alone. She has since found phenomenal success and continues to thrive, giving sold-out shows around the world. She was invited back as a special musical guest during the 2014 season where she performed “Shatter Me,” a song from her recent album.

-->Related Reading: 18 Mormons on Reality TV Who Stood for Their Standards

According to NBC, America's Got Talent is "NBC's top-rated summer series from producer Simon Cowell's Syco Television and FremantleMedia North America." This year, it "celebrates its landmark 10th season with the hottest performers from across the country competing for America's vote." The show features Howard Stern, Heidi Klum, Mel B, and Howie Mandel as judges with Nick Cannon as host.