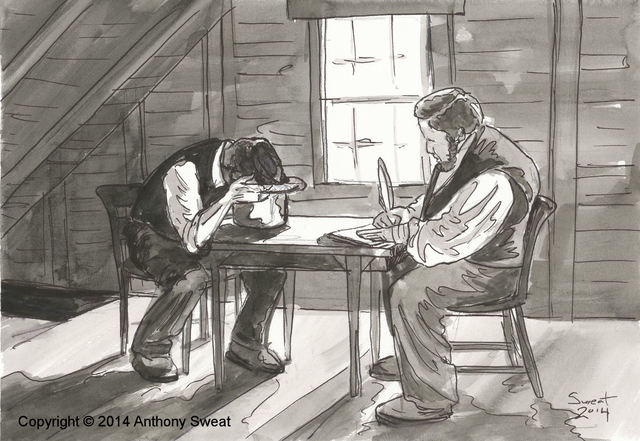 MR says: Along with the image of the seer stone, a lot of inaccurate information about Joseph Smith and magic has been circulating the internet. Here's an accurate look into this topic using historical evidence.

A common accusation levied against the Prophet Joseph Smith is that he was heavily involved with “magic.” Not in an abstract believe-in-something-greater-then-yourself kind of “magic,” but in more of a literal “Harry Potter” sense. This myth is propagated both by anti-Mormons and at times concerned believers. It is unfortunate that this troubling falsehood keeps being brought up from time to time, but as I hope to show to those who may be concerned by the allegation, it is misleading.

These claims, which are as old as the church itself, range from Joseph Smith owning a Jupiter Talisman, magic parchments, and a mars dagger (which was used in ritualistic magic). Some claim that Joseph Smith and his family were involved in drawing “magic circles,” and many other ridiculous accusations. Some of these allegations can be dismissed as having absolutely no evidence to support them, or coming from sources that need to be viewed with extreme skepticism. The one accusation, however, that I do want to discuss in more detail is that Joseph Smith, through magical means, used a stone to search for buried treasure, and that this was the basis for him claiming to have found a “golden bible.” This proves, the anti-Mormons say, that the Book of Mormon (and by extension The Church of Jesus Christ of Latter-day Saints) was founded on occultism, and not by God.