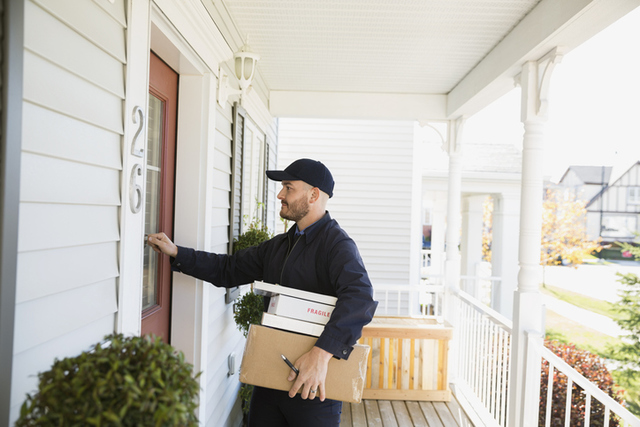 byBarbara Morgan Gardner, excerpted from "The Priesthood Power of Women In the Temple, Church, and Family" | Oct. 26, 2019

I recently sat with a number of members of the Community of Christ, previously known as the Reorganized Church of Jesus Christ of Latter Day Saints, as part of an interfaith dialogue. I have great love and respect for these people, those I consider brothers and sisters in the faith. We talked openly and in a friendly manner about similarities and differences between our two churches and landed squarely on the topic of women and the priesthood. One of the women in the room who had been ordained to the priesthood described her responsibilities and shared her feelings regarding the blessing it was for her to be able to perform priesthood ordinances.

Although the conversation was interesting and enlightening, it didn’t take long for me to realize the paradox of the conversation. Here we were, women whose Church membership traced back to the same original Church established by God through the Prophet Joseph Smith. Due to decisions made after the death of the Prophet by early Church members who did not see eye to eye, perhaps especially in regard to priesthood authority, there was a division. Because of the direction taken by the leaders of the Reorganized Church, women were ordained to priesthood offices. I, however, due to revelation from God through His prophets, was not ordained to a priesthood office in the Church and therefore was not given the associated responsibilities. The result of this dialogue could have made me, as a Latter-day Saint woman, feel demeaned or insignificant. Yet I knew better, for I understood the priesthood power and authority with which I had been endowed in the temple.

The paradox, as I see it, is twofold: First, I believe I belong to the only true Church of Jesus Christ of Latter-day Saints, which therefore means I believe that only in this Church is the authority for anyone to act in the name of God present, valid, real, and of worth. Women in the Church, although not ordained to the priesthood, still act with legitimate priesthood power and authority in the ecclesiastical structure of the Church—authority that is not made available to any other women or men on the earth. So, paradoxically, though I hold no priesthood office, I believe I exercise more priesthood authority than do my sisters in other religious groups. The second paradox revolves around the significance of the temple. Members of the Community of Christ—or any other church, for that matter—do not have spiritual knowledge of, believe in, understand, or take part in the priesthood ordinances, covenants, promises, and blessings associated with and available only in the temple. Only covenant-making and covenant-keeping Latter-day Saint women and men have the power and authority and keys associated with the temple, as discussed previously. Only covenant-keeping Latter-day Saint women and men have the promises and perspective associated with the covenants made in the temple that bless us and others now and throughout eternity.

President Nelson invited all those who have received temple ordinances to labor together to bring these blessings to all members. “For members to fall short of that objective would be like paying for a banquet and then leaving after salad has been served. The sublime feast at the banquet table of opportunity in the Church is experienced in the temple. The ordinances therein constitute the ultimate reason for our membership in the Church.”1

The Parable of the UPS Package

Recently, I watched a UPS worker deliver a large and heavy box to the front porch of my neighbors’ home the day before Christmas. Knowing the family was on vacation, I pushed the box up against the side of the house to protect it. I was surprised when, after a week, the box was still there although the family had returned from their vacation. The situation, as explained by my neighbor, was not only humorous, but poignant. The teenage son had been complaining the entire week since Christmas that he had not received the gift he had wanted. His snide remarks, ingratitude for the presents he had already been given, and “woe-is-me” demeanor were negatively affecting the family. During this same week, the parents were kindly asking the young man to bring in the box from outside. Complaining that the box was too heavy and the task too time consuming, unwilling to help his parents when they were so insensitive to his own needs, he refused to carry in the box. His long-waited-for and greatly desired gift was literally feet away, but, unwilling to accept the invitation of his parents, he remained upset and forsaken.

Like this young man, many of us do not realize the blessings that have already been given to us, the privileges that are already ours, and the gifts that are waiting to be bestowed for only a little effort on our part. If we knew what was only feet away, we couldn’t run fast enough or crawl far enough to get it. I believe, as Elder Renlund so profoundly taught, as taught to him by Elder Wilford W. Andersen of the Seventy, that “the greater the distance between the giver and the receiver, the more the receiver develops a sense of entitlement.”2 The opposite, I believe, is also true: the closer we are to the Lord and His servants, the more grateful we are and the more willing we are to listen to and obey their counsel. Although I am far from perfect, as I have listened to the teachings of the prophets and the Spirit of the Lord and made and kept sacred covenants with Him, I too have come to “stand all amazed” at the love and grace offered to me by Jesus.3 I simply cannot imagine receiving so much for so little. No sacrifice is too great. I believe that we, as members of the Church and especially as women, need to understand much more fully the doctrine of the priesthood, particularly the great blessings and privileges given all worthy members of the Church in the temple. The more we do so, the more we will be astounded and humbled by the blessings of the “ultimate Givers.”4 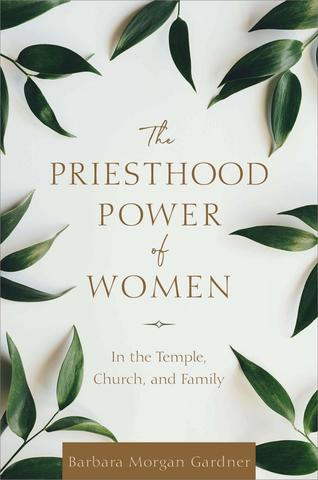 Learn more in The Priesthood Power of Women: In the Temple, Church, and Family.

With changes happening in the Church to focus on the paramount importance of the home, Latter-day Saints are striving more than ever to understand and call upon the power of God. This includes a renewed emphasis on priesthood power. Some are surprised to learn that priesthood authority, privileges, and power apply to women as well as men. Our limited understanding often stems from the doctrine of the priesthood being taught too narrowly. This has led to many women feeling undervalued, voiceless, and marginalized regarding the priesthood.

But it need not be that way. In The Priesthood Power of Women, author Barbara Morgan Gardner explores teachings of the living prophets and scriptures to increase our understanding of God's power as it operates in the temple, the Church, and the family. Her well-documented research demonstrates that women have more authority and power in all those settings than they may have previously supposed.