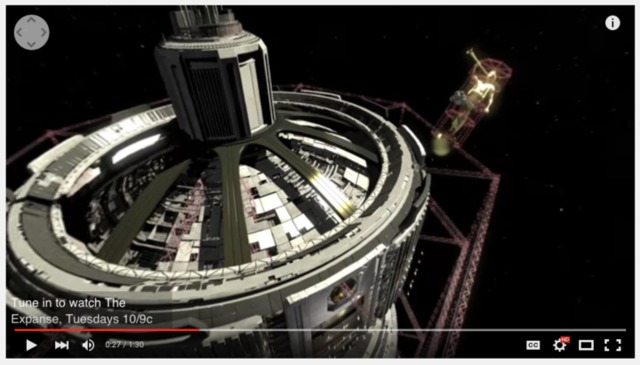 Two hundred years in the future, LDS missionaries won't be riding bikes door to door, they'll be traveling in the spaceship the LDSS Nauvoo from solar system to solar system, according to a new, surprisingly ambitious Syfy show "The Expanse." And for all of you Church history fans out there, you'll appreciate the way the subplot subtly ties in Church events.

The Mormon subplot is back and there's an appearance by the angel Moroni in this week's episode of "The Expanse" (11 p.m., Syfy). Members of The Church of Jesus Christ of Latter-Day Saints — along with the rest of Utah — will get a kick out of it. . . .

In this video, you get a tour of the LDSS Nauvoo. And I bet you'll recognize the statue attached at the front of the ship!

"The Expanse" is set 200 years in the future when humans have colonized much of the solar system. One particular group of humans — Mormons — are having a huge ship built to take them on a century-long trip to another star system.

In this week's episodes, one Mormon aboard a space transport is mistaken for a salesman and says he's headed for the LDS ship — the LDSS Nauvoo. And he does a bit of proselytizing after he laughs and says he's "a different kind of salesman," holding up a Book of Mormon. "But don't hold that against me." 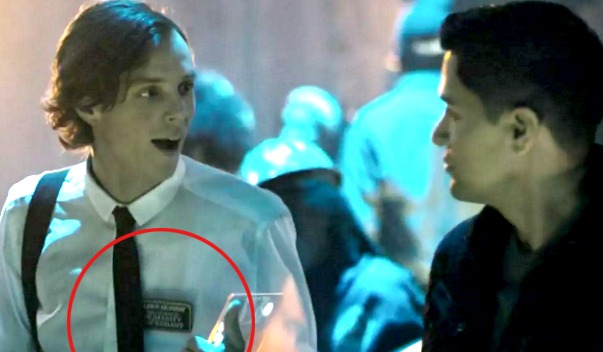 Image from Times and Seasons.