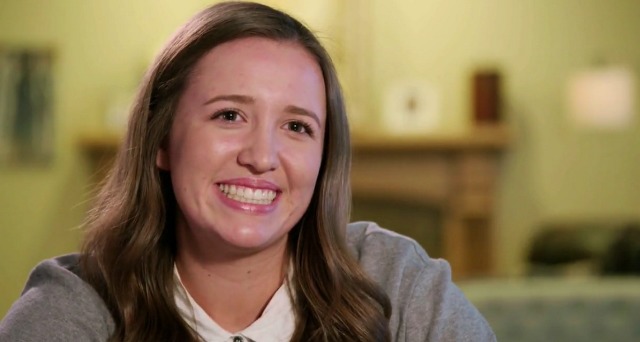 Another LDS Teen Wows Judges on "The Voice," Gets Three Chairs to Turn

LDS 16-year-old Lauryn Judd from Draper, Utah, got a three-chair turn surprise from the judges while singing for NBC’s The Voice Tuesday after performing her blind audition “Girls Just Wanna Have Fun” by Cyndi Lauper.

Thinking there might have been two separate voices when Judd began to sing, Alicia Keys felt amazed by her voice and singing talent. After having a tough choice among the three stars—Blake Shelton, Alicia Keys, and Gwen Stefani, all who turned their chairs wanting her on their team— Judd chose to join Team Alicia.

Lauryn you're so special! So fly to have you on #TeamAlicia! 💜 #VoiceBlinds — Alicia Keys (@aliciakeys) March 8, 2017

“Lauryn has an amazing voice. She’s only 16 so there’s a ton of stuff we can build and bring out, and I’m very, very excited about her,” Keys says.

Singing has always been a part of Judd’s life and all her friends know her as a singer.

“I’ve been singing ever since I could talk,” Judd says.

Judd has spent time practicing and learning in school choirs. When she was 11 years old, she also joined and performed with a musical theater company for youth called Utah Copa.

Judd’s family has been very supportive in all of her musical efforts. Her mom drives her to lessons and her dad sings in church choirs and looks out for more songs for her to sing.

“My family means the world to me . . . They’ve supported me through everything and The Voice is validation that their support was worth it,” Judd says.

Mormon Life The Voice MusicThe Voice,Music,Mormon Life
Comments and feedback can be sent to feedback@ldsliving.com