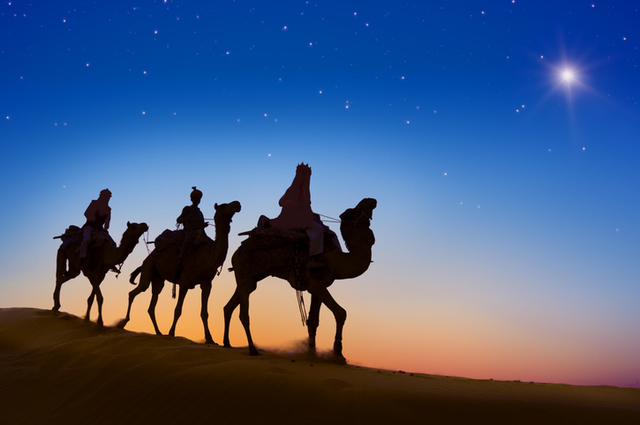 I remember a program on PBS a few years ago in which Carl Sagan was explaining how the universe came into being. The idea that impressed me the most was his description of how the Big Bang blew billions of tons of particulate matter to all corners of the universe—dust, if you want to call it that.

How does that make you feel, to know you carry part of the stars themselves from the very dawn of creation within you? It’s another way of looking at the concept we already know from the scriptures: that there is no such thing as immaterial matter; that the light of Christ fills the immensity of space, making each part of the universe related to every other part; and that we are eternal in our essence. Truly we live and move and have our beings within the miraculous.

I want to share some thoughts about stars, the stars without and the stars within—not just the star-stuff that is part of the genetic inheritance of our bodies, but also the star that comes from a spiritual knowing of who we are, of feeling that eternal light burning steadily as a thousand suns within us. It is the feeling Amos captures in this wonderful phrase, “the star of your god.” (Amos 5:26.)

I’d like us to begin by recalling a story from the scriptures. The story of the wise men from Matthew 2 is probably familiar to you—one you have heard and loved since childhood.

"Now when Jesus was born in Bethlehem of Judaea in the days of Herod the king, behold, there came wise men from the east to Jerusalem,

"Saying, Where is he that is born King of the Jews? for we have seen his star in the east, and are come to worship him.

"When Herod the king had heard these things, he was troubled, and all Jerusalem with him.

"And when he had gathered all the chief priests and scribes of the people together, he demanded of them where Christ should be born.

"And they said unto him, In Bethlehem of Judaea: for thus it is written by the prophet,

"And thou Bethlehem, in the land of Juda, art not the least among the princes of Juda: for out of thee shall come a Governor, that shall rule my people Israel.

"Then Herod, when he had privily called the wise men, enquired of them diligently what time the star appeared.

"And he sent them to Bethlehem, and said, Go and search diligently for the young child; and when ye have found him, bring me word again, that I may come and worship him also.

"When they had heard the king, they departed; and, lo, the star, which they saw in the east, went before them, till it came and stood over where the young child was." (Matthew 2:1–9)

We know very little of the wise men, although some lovely thoughts, hymns, legends, and stories have grown up to fill the gaps in our knowledge with inspirational and adventuresome ideas about them. And I certainly have no new sources of information to add about them. Likewise, we do not know what, in astronomical terms, caused the star, whether it was a conjunction of planets, a supernova whose light just then reached the earth, or something else. But it doesn’t really matter.

We think of the star of Bethlehem, the star that the wise men followed so patiently and so hopefully and so faithfully, as a phenomenon in the heavens, and so it was. But I tell you that the star in the heavens was not the only star or the most important star. The star within the heart of the wise men was the important star. After all, if the star was in the sky for all to see, then hundreds of thousands of people would have seen it and thousands of people could have wondered at its meaning, and hundreds could have followed it to the little town of Bethlehem.

We don’t know what happened to the star. The last mention is that it “stood” over the place where they found Jesus. Presumably, it disappeared afterward, its work accomplished, but we don’t know that. Nor do we know where the wise men went after they bestowed their gifts, worshiped the child, and took their leave.

What I think we can say with some assurance is that they took the star away with them—the star that really counted, the star within. 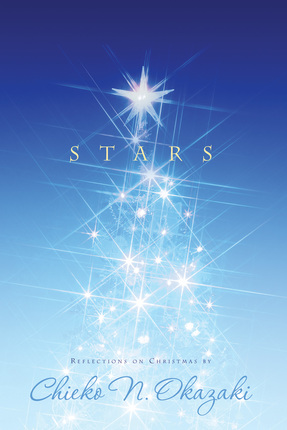 In her warm and distinctive style, best-selling author Chieko Okazaki shares stories, scriptures, and personal memories of Christmas to testify of her deep feelings about Jesus Christ the babe of Bethlehem who was born under a shining star.