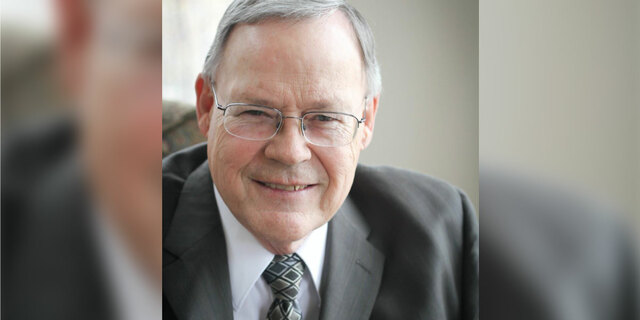 Are we experiencing signs of the Second Coming? Elder Gerald Lund weighs in with nearly 50 years of insights

So far in 2020, we’ve experienced a pandemic, earthquakes, wildfires and social unrest amongst other things. Many have wondered if this means we are getting close to the prophesied Second Coming of Jesus Christ. Signs and prophecies regarding the Second Coming have been of particular interest to Elder Gerald N. Lund, an emeritus General Authority Seventy and prolific Latter-day Saint author, ever since he was a young missionary more than 50 years ago. As a result, Elder Lund released a book, The Coming of the Lord, in 1971.

Now, just shy of 50 years later, Elder Lund has released a second book on the topic documenting what he has learned over the past half-century titled The Second Coming of the Lord. On this week’s episode of All In, host Morgan Jones spoke with Elder Lund about what he believes experiences in 2020 mean in regard to the Second Coming.

Listen to the full episode here or in the player below. You can also read a full transcript of the interview here. This excerpt has been edited for clarity.

Morgan Jones: So for starters, Elder Lund, like I said, a lot has happened since we last spoke. Do you think we're getting closer?

Gerald Lund: Yeah, of course, we're getting closer and closer. In this last year, I believe there's been a special acceleration. I think that's a good word. I think an analogy I heard some time ago works here. And that is—let's say you had a large sequoia tree. And someone comes along and whacks it with a hatchet—knocks a chip out. And they pass by every day coming and going. And they do that over and over. And if you're on the other side of the tree, everything looks just fine. But there will come a time when he makes that one last chop, and the tree starts to quiver, and it starts to fall. And at first it's moving very slowly. Once that starts, it starts to accelerate with increasing rapidity. And then putting all the chips back doesn't make any difference. It just crashes down. And I think that's what I'm seeing in this acceleration time. I was thinking the other day, it was just late February and March that we heard about COVID. That now seems like a year or so ago, not just a few months ago and all that's happened. So yeah, it's an accelerating time.

You think of the things that we've been seeing happen, but this is not the first time we've seen conference canceled, for example. That was cancelled back in 1918. That’s not the first time that we've called missionaries home. It's just that we're seeing it on the scale that we've really never seen before. But one of the things that I found curious, Morgan, is that even many of the members are focused on COVID, and rightly so—it dominates our life right now [and] defines our schedule. But we're overlooking what I think are other really quite evident and quite remarkable signs of the times, one of those being the collapse of social order in society. Several places in the Doctrine and Covenants and other scriptures where it talks about that—this is not just regular war, but where society begins to collapse. And that's happening all around us, not only out in the world, but just in this last few weeks we're seeing cities at war and people afraid for their lives, and—but I don't hear anyone saying, “Oh, there's a sign of the time that I hadn't expected before.”

So it's gratifying to see how people are changing and adapting to COVID. I think we're learning some things about personal revelation and putting our lives in order. I think we're also getting some tests. I wonder if some of this is not the Lord's—kind of a preview of things to come. And this is a get ready wake-up call, as someone called it. Another person used the better analogy, maybe he said, “It's kind of like a shot across the bow, trying to get a ship to turn its course.” And yet in all that, I don't feel fear, I don't feel despair. It's a time for recommitting and redoubling down and growing closer to the Lord and having the Spirit with us every day in our lives.

Morgan Jones: Elder Lund, another thing that I wanted to ask you about is—and you kind of alluded to this earlier—that we've seen some of the signs of the times before, missionaries being called home, earthquakes, pandemics, but just in the past few months, we've seen them all packaged together. Is that significant?

Gerald Lund: Yeah, that's one of the interesting things about this. It's not only an acceleration, it's an intensifying. We're seeing more and more. I'm often asked by people, because in the first book I wrote about missionaries being called home as being one of the signs that we would see in the future, and so I'm having people say kind of, “So is this it?” You know, “Was this our sign?” And yes, I think we have to say that definitely is a part of the fulfillment of prophecy, but as some of these people have asked me, I think they're seeing that as what I call an “End of Days” prophecy, kind of a cataclysmic, “Okay, this is the sign now,” or “Everything's changing” and, and that's not the case because as you said, we've called missionaries home several times in our history—World War I, World War II, Korean War—I remember when we couldn't send missionaries out because of the draft registration that they had to do.

So in that way, it's something, but there is an interesting scripture. This is [in Doctrine and Covenants] section 43, and this is where I got this concept of the missionaries being called home. But notice how the Lord says this. He says, “How oft have I called upon you by the mouth of my servants, and by the ministering of angels, and by my own voice, [and] by the voice of thunderings, and [by] the voice of lightnings, and by the voice of tempests, and by the voice of earthquakes, and great hailstorms, [and] by the voice of famines and pestilences of every kind, and by the great sound of a trump, and by the voice of judgment, and by the voice of mercy all the day long . . . and would have saved you with an everlasting salvation, but you would not.” And that suggests that there is coming a time when the Lord will say, “Okay, missionaries, you are coming home.” And that may be because of the social collapse we were talking about. But now He's going to preach His own sermons. But we'll see missionary work even in the Millennium. We know there will be non-members, people who are good people who are not destroyed in the great classic cataclysms, and we’ll go out and teach them. So we just need to see it in its proper [context]—it is part of prophecy, but it's not one of those, “Oh, dear. Now what happens?”

Morgan Jones: Yeah, I actually saw that quote from your book going around on Twitter. . . . Was there anything—[are] the temple closures significant in terms of signs of the times?

Gerald Lund: I think it is in one way. It's the first. That is a first. We've never seen major temple closing. We've seen . . . when we had to flee to different countries. But that's pretty dramatic—that we shut down an ordinance, a place of ordinances that are so critical to us. But again, that may be one of those tutorials that the Lord is giving us that in the future when war or social collapse or whatever it is, pandemics or whatever, that we will be more confined to our homes then we are now. So I like the concept of a shot across the bow, “Wake up.” There are things coming and this is—“I know those things, and I'm preparing you for them.” I think that's a good way to think about it.

Originally published in 1971, The Coming of the Lord, by Gerald N. Lund, became an instant bestseller and has remained continuously in print for nearly fifty years. Now this trusted resource has been fully updated and rewritten to reflect the latest prophetic teachings and a grow­ing sense of urgency as the Lord hastens His work. As Elder Lund explains, “God has spoken, is speaking, and will continue to speak to us through the Spirit and through His servants the prophets. This is a gift of inestimable worth to those who live in the last days. Though the title this book carries is The Second Coming of the Lord, it is much more than a book that focuses only on the actual return of Jesus Christ. It is an examination of the prophecies about the Second Coming and the events leading up to it.”