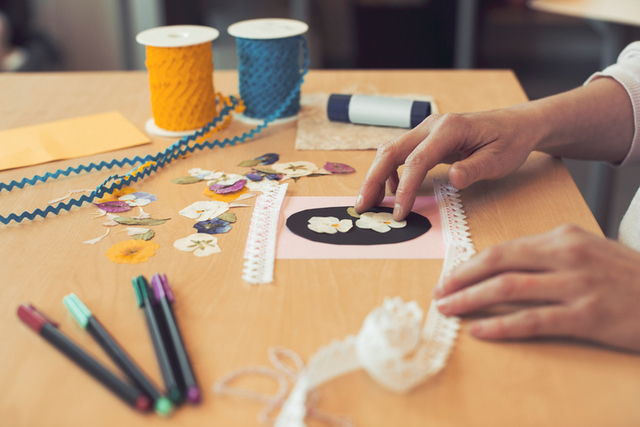 Sister Bonnie L. Oscarson, Young Women's general president, puts it most succinctly on her personal Pinterest page: "'If there is anything virtuous, lovely, or of good report, or praiseworthy, we seek after these things.' And may I add just downright cute to the list?"

In a previous LDS Living article, we listed some of the reasons why this hobby-sharing, craft-inspiring, and (hopefully) motivation-inducing website is so popular among Mormons. Even the Church has an official Pinterest account.

Arizona's Cronkite News reported on the Pinners Conference and Expo, a craft-show inspired by Pinterest held in Scottsdale, Arizona, on October 7. They noted that many of the vendors are members of the Church who back up their DIY businesses with their faith.

Brandy Reed, a stay-at-home mom in Gilbert, Arizona, told Cronkite News, "I've always worked in some capacity since we've been married, and I've been happiest when I've been home doing it. I love that I can make an income and be home, and I think that is why so many LDS women learn to be independent and make an income in that way."

However, for Reed, crafting isn't all about the income. She said, "Our doctrine talks about 'the Lord's house is a house of order.' When your house is organized and clean and a place where you can feel that spirit—that ideal learning environment for your kids—things run smoother."

Tracey Simas, another participating vendor at the Pinners event, told Cronkite News, "As young women, we were taught all different values of who we are, what our divine nature is, that our gifts come from a higher power, that they are our gifts and that we need to keep growing them. Whatever it is—if it's cooking, making blankets, photography—we're just taught that."

► You'll also like: Why Mormons Are Obsessed with Pinterest—And That’s Okay

Nate Ipsen, a returned missionary living in Salt Lake City, Utah, attended the event for his tie-making business, which was inspired by his LDS mission to California. He told Cronkite News, "A tie was the only thing I could change to express my personality. I came home after two years with probably 200 ties."

After redesigning many of his ties post-mission, Ipsen decided to create a business. Thanks to a tight-knit community that supported him from the start, he now works as an entrepreneur full-time. He said, "Growing up LDS, faith is a big aspect—having faith that you can believe in something and you can make it happen."

Kim Jackson, who creates hand-crafted signs for homes, told Cronkite News, "I've been able to share a lot of words from the LDS community, from prophets and teachers throughout our church, and I've been able to put them on wood and share them with the world."

Whether the LDS vendors sell blankets, recipes, or wood-carved quotes, many find inspiration from their faith. Their business endeavors are not just an opportunity to work or make money, but instead to spread the message of the gospel, bring light to others' homes, and share their talents.

So next time you're scrolling through Pinterest, try something new—make that recipe, organize your closet, or repin that inspiring quote to your followers. Instead of letting social media use you, use your social media to promote the gospel, strengthen the home and family, and nurture your talents.