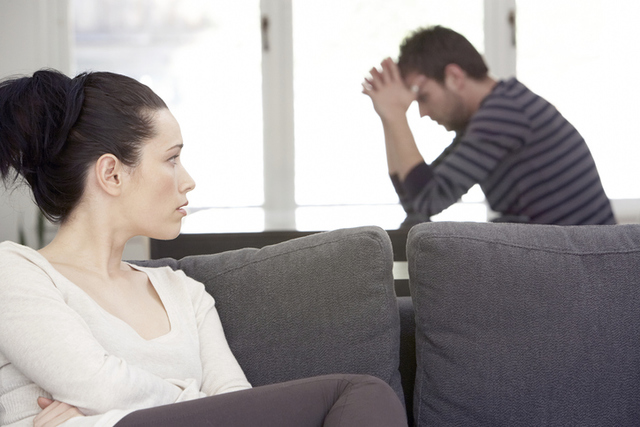 Ask a Latter-day Saint Therapist: My Husband Had an Affair and Won’t Repent

If your life has been rocked by infidelity, please join me for my complimentary online workshop.

Q: My husband had an affair. He continues to talk to other girls and doesn't want to go through the repentance process. I don’t trust him anymore because he constantly lies to me. I still love him and I honor the covenants we made when we were married in the temple more than 20 years ago. I have pleaded with him to talk to our bishop or go to therapy. He refuses because he doesn’t believe that the Church or any therapist will make our marriage better. I don’t feel he appreciates the sacrifices I’ve made to raise a family with him. He says we were never compatible, blames me for not dropping everything to travel with him (he’s frequently away on business), and says that I am not his soulmate, but he stays with me because he loves me. Any advice would be greatly appreciated.

A: I’m so sorry for what you’re going through. I know this isn’t what you hoped for when you knelt at the altar in the temple over 20 years ago. Your husband is clearly in a place where he is thinking of his wants more than your needs. He wanted an affair. He wants to keep flirting with other women. He wants to do that and still keep his marriage. The fact that he says you’re not compatible, nor soulmates, but that he stays because he loves you shows how manipulative he is. He’s making himself out to be the good guy.

He doesn’t love you. He’s attached to you. From a gospel perspective, and a therapeutic one, there’s a difference between love and attachment. Attachment can either be healthy or unhealthy, secure or insecure. He says he wants to stay married and keep the family, but his actions (cheating, blaming) show that he’s unwilling to put you before himself.

He doesn’t love you, at least not in the gospel sense. Paul said that love “seeketh not her own” [is not self-seeking], “is kind . . . does not behave itself unseemly . . . rejoiceth not in iniquity” (1 Corinthians 13:4-6). He certainly isn’t practicing the doctrine “husbands, love your wives, even as Christ also loved the church, and gave himself for it” (Ephesians 5:25).

You are committed to honoring the covenants made in the temple. But the covenant between you and your husband is already broken. He broke it. By not repenting, he is not fixing it; he’s making it worse. Your covenants with God, however, are still intact if you strive to live a faithful life.

Why does he believe the Church or therapy won’t help the marriage? Has he tried those routes? It seems like he’s doing everything he can to avoid taking ownership of his actions, to avoid making things right. If he’s still talking to other women, if he blames you for problems in the marriage, if he refuses to be accountable and make changes, then you don’t have a marriage. At most, you have one on paper, but there’s no trust, and without trust, there’s no relationship. Not really.

For this marriage to be saved, for it to be restored, he would have to be accountable for his actions. He would have to put your needs before his wants. It sounds like you need faithfulness, loyalty, and someone who walks the covenant path with you. He would have to be humble, accountable, transparent, changed, penitent, loyal, and faithful. He would live every day to earn your trust back. For your part, you’d need to express your hurt and anger, choose to forgive every day, but only give trust when it’s earned. (Remember, forgiveness and trust are two different things.) You’d have to learn how to work through the trauma of betrayal.

Try talking to him. He’s got a strong resistance to feeling shame; his insistence on impenitence and quickness to shift blame attest to that. Instead of giving him an ultimatum outright, tell him that you love him, that you miss him, that you miss being close, that you miss trusting him, that what he did has destroyed your trust in him, but you want to get it back if he’s willing to do the work with you. Implore him to speak with priesthood leadership and take the steps to repent and be cleansed and to give counseling with a qualified therapist a try.

Also let him know that if he’s unwilling to do any of that, you won’t force him, but you’re unwilling to stay in a marriage where you’re not cherished, where your pain is put beneath his passions, and where there’s no trust. Tell him that you’re willing to work on finding a way to spend more time together and grow in compatibility but that trust and repentance must come first.

That’s just my two cents. You, of course, should use your best judgment and the guidance of the Holy Ghost. I leave you to ponder the words of President James E. Faust: “What, then, might be ‘just cause’ for breaking the covenants of marriage? . . . In my opinion, ‘just cause’ should be nothing less serious than a prolonged and apparently irredeemable relationship which is destructive of a person’s dignity as a human being. At the same time, I have strong feelings about what is not provocation for breaking the sacred covenants of marriage. Surely it is not simply ‘mental distress’ or ‘personality differences’ or having ‘grown apart’ or having ‘fallen out of love.’ This is especially so where there are children” (in Conference Report, Apr. 1993, 46; or Ensign, May 1993, 36–37).

You must decide whether this is a prolonged and irredeemable relationship that is destructive of your dignity or to hold on a little longer. But if your husband doesn’t come around to the prayers and the pleas on his behalf, you’ll have to choose whether to endure more of the same indefinitely or to, justifiably, seek a life where you feel loved, respected, and safe.