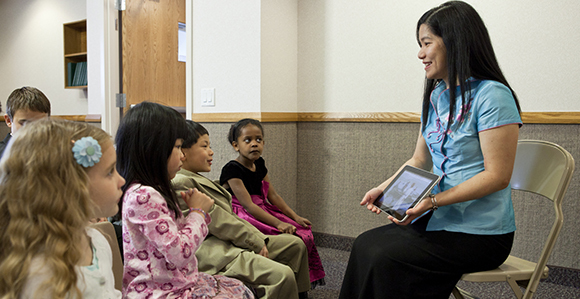 Asking to Be Released from a Church Calling: 4 Questions to Consider

The big question: Should I “resign” from a Church calling?

This is more complicated than it sounds. Some people will immediately say "no," thinking the decision might show a lack of faith, and some might say "yes" without hesitation, understanding these callings are filled by volunteers.

I think the answer requires some thought. If we have gotten to a point in our callings where we are thinking of asking to be released, then some questions need to be asked before talking to a member of the bishopric.

1. Is this calling causing anxiety or feelings that would drive away the Spirit?

If so, then why is that? Do you suffer from anxiety that is or needs to be clinically treated? If the answer to that is no, then consider the following mental exercise. Before you criticize your environment (the people you serve or where you serve like the primary/nursery) look inward at yourself. Do you place a greater burden on yourself than is necessary? If you can, delegate responsibilities. Are you a list person and when the list isn’t completed do you take the failure personally? If so, then stop.

You must analyze why you are feeling the way you are and determine if that is something you can change within yourself or some aspect of your environment that you can control (such as delegating responsibilities) or if it something that is out of your control. Many times we can find that the situations we find ourselves in can be manipulated for the better through some effort on our parts. The hard part is figuring out what we may need to change. That is where question number two comes into play.

2. Have you discussed your feelings and situation with the Lord?

Include our Creator in your struggles. I remember in medical school, I was a student in an Emergency Medicine rotation when, at about 2 a.m., when a man came in just having been hit on the head with a bat. He needed to have a large laceration on the back of his head stitched closed. My attending physician told me to go and stitch him up. As this was my second clinical rotation, this seemed a daunting task, especially as I had never performed this procedure on a real person before (only having practiced on unfeeling and unmoving fake skin).

“You got this,” said a voice in my head. A more sane voice said, "Go tell your attending physician that you don’t feel comfortable performing this for the first time alone and would like his guidance." So that’s what I did.

We have an ever-loving and ever-understanding Heavenly Father. When we approach Him, He will listen, and if we ask for His guidance He will give it. You must go into the conversation with an open mind because you may get an answer you don’t like, but trust in God and write down your thoughts. This process may take many attempts, but don’t make any decisions without consulting God

3. Have you received a priesthood blessing?

4. Have you given your all?

When I was in high school, I was on the swim team. As a new freshman, I did not know which strokes I would try to focus on, and my coach decided to let me try out all of them during the upcoming swim meets. During the first swim meet, he decided that I was to swim the 500-meter race. This was the longest race you could swim and it was extremely tiring. I was not conditioned for this race. During practice, I would swim at the most 200 meters at one time. I knew that I was not going to do well. About halfway through the race, I could see some other swimmers had already finished I was moving so slow. I popped my head out of the water and yelled to my coach, telling him that I wanted to quit. He responded by saying I could not quit but that I had to give this one race my all then I would never have to do it again. I finished, very slowly and exhausted, but I finished. Consequently, I swam the 500-meter race throughout my high school career and I loved it. We may not always love our callings, but we must give our all for that is what the Lord has asked of us. And while your calling may be painful or difficult now, you might discover new skills, people, or opportunities you'll come to love.

If you go through these steps and still feel the need to be released, then know there is no shame in it. You have the confirmation of the Holy Ghost and that is all you need. If you go through these steps and feel you have a little more to give then keep trying, keep praying, and I know the Lord will help you magnify your calling. This is the Lord’s kingdom on earth, and we are the people who will help it roll forward.