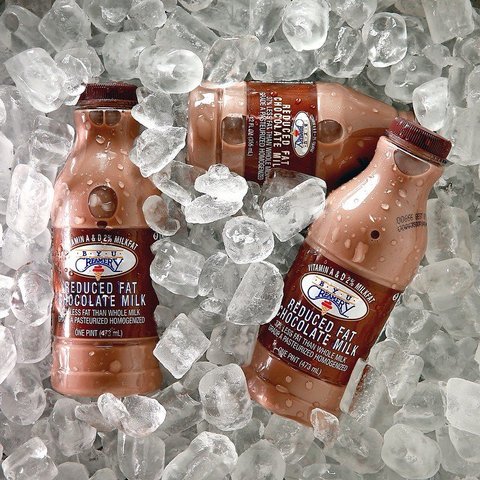 Twenty-two years atop Princeton Review's top 20 most "Stone-Cold Sober" universities list deserves a drink—of milk. Nearly a quarter of a century atop the list is an impressive feat, and it doesn't look like Brigham Young University will be toppled anytime soon.

Much more goes into the ranking of "Stone-Cold Sober" schools than abstaining from alcohol. The Princeton Review surveys 140,000 students from 385 schools and ranks each school based on a combination of factors, including hours studied outside class, alcohol and drug usage on campus, and the popularity of fraternities and sororities.

For 22 consecutive years, BYU has taken the no. 1 spot in the "Stone-Cold Sober" category, which it usually celebrates with milk from the BYU creamery. This year, BYU went above and beyond their normal celebration, introducing a new dining option—a milk and cookies bar that features :baked-to-order cookies and campus milk that can be blended into different flavors: raspberry, pumpkin spice, French vanilla, root beer, and more," according to BYU News.

Last year, BYU commemorated their topping of the list with a new flavor of chocolate milk: mint brownie.

In 2017, BYU celebrated its stone-cold soberness with a Willy-Wonka style give away, where students with golden tickets received a year's supply of chocolate milk and a tour of the BYU Creamery with Studio C member Stacey Harkey.

The year before that, BYU gave out milk with stone-cold sober labels.

School is back in session here in Provo. #WatchOut #stonecoldsober