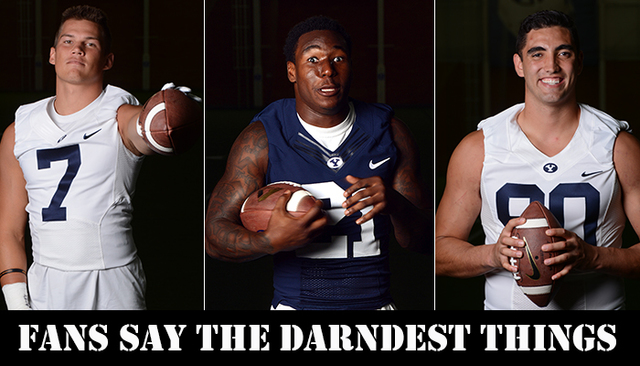 What's the most bizarre thing a fan ever said to a BYU player? Why don't you read for yourself and see:

At the beginning of the season, we asked a few BYU football players what the funniest thing a fan has ever told them. Here are nine are-you-serious statements from BYU fans.

“I think there’s a tweet they tweeted where they said they named their dog after me. It was pretty cool.”

While Nacua doesn’t know what type of dog it is, he said, “It doesn’t matter—it will be a beast.”