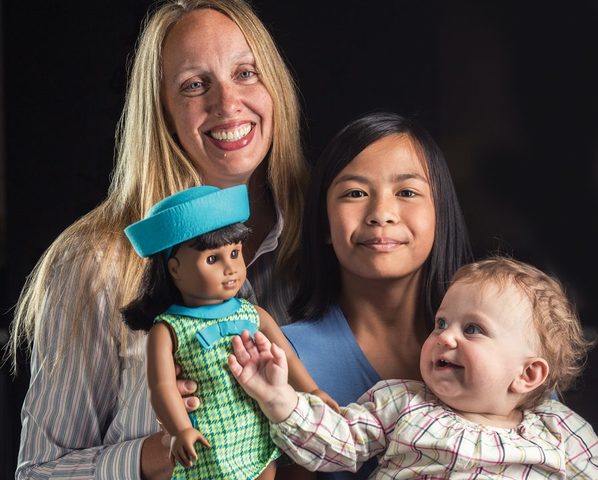 BYU history professor Rebecca de Schweinitz helped create the newest addition to the American Girl BeForever doll series, which pays tribute to young girls throughout American history. A board of experts, including de Schweinitz, created Melody and her story to represent "a 1964 Detroit civil rights character" to share important, yet difficult, elements of history with children.

American Girl recruited de Schweinitz—an expert on the roles of children and youth in the civil rights movement—to the advisory board for Melody in 2014. “From my research . . . I really saw [how] these kids made a difference,” says de Schweinitz, whose book If We Could Change the World: Young People and America’s Long Struggle for Racial Equality was published in 2009. “They were willing to stand up, sometimes when adults weren’t, and take action.”

De Schweinitz joined civil rights scholars, former movement participants, and Detroit natives on the board, deliberating together about how to present Melody’s story. “This is really hard history,” de Schweinitz acknowledges. “How do you talk about these issues . . . in a way that’s appropriate for 8- to 12-year-old girls?”

Rather than focusing on events that captured national attention, like the March on Washington or the Birmingham church bombing, they centered the narrative on what “ordinary people were doing . . . to change conditions in their communities,” says de Schweinitz.

Bringing history into mainstream culture has been a dream come true for de Schweinitz. “In my scholarly work and in my teaching, I try to . . . open up new levels of understanding about the civil rights movement,” she says. “I can do that to some extent, but through a character like Melody, they’re able to open up this history to so many people.”

Lead image of Rebecca de Schweinitz and her girls from magazine.byu.edu.

Read the rest of this story at magazine.byu.edu