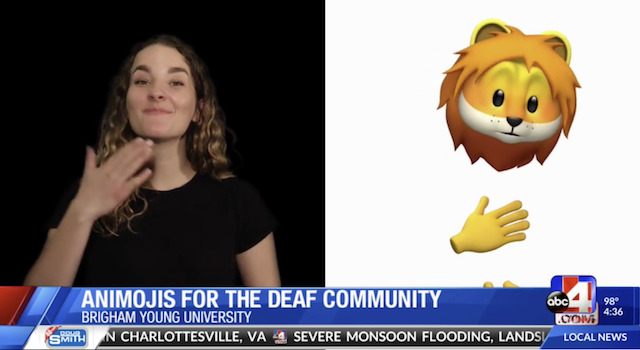 Brigham Young University advertising student Sam Carlson had an assignment: find an existing brand and connect it with a new community.

“We took the Animoji technology that Apple already has and used that to track [the model’s] head and face movements and then we sent the video to our animator and she tracked the hands, then we overlayed the Animogi video and the Handimoji video," Carlson says, according to abc4.com.

By expanding this existing Apple technology, Carlson's idea would make Handimojis a tool for communicating sign language, something Latter-day Saint Britta Schwall has been waiting for.

"When you think about the emojis and Animojis, we typically use that to express ourselves," Schwall says, according to abc4.com. "But sometimes, you're not able to capture your full thoughts exactly. With Handimoji, the addition of the hands adds the ability to express ourselves fully. The facial expressions are very important as well. Just as hearing people use the tone of their voice to express emotions, our facial expressions within the deaf community are how we express emotion when speaking."

Read the rest of this story at abc4.com.