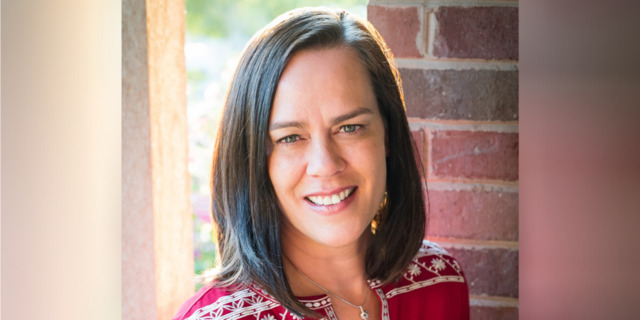 Being baptized in the Red Sea and waking up at 4 a.m. to write: Getting to know author Heather B. Moore

Latter-day Saint Heather B. Moore is an award-winning author of books in multiple genres, including historical fiction. A busy wife and mother, she loves to include her kids in her work as a writer and often takes them with her to book signings or writing conferences. We recently asked her about her faith, family, and her newest novel, The Paper Daughters of Chinatown.

What role does your faith play in your writing?

Writing started out as a dream of getting published. It was a hobby I could do while my kids were napping, but that limited my time greatly. So I turned to prayer. My dream was important to me, and I wanted my limited writing time to be productive and fruitful (eventually). Soon those prayers turned to asking if I should continue after months and years of rejections. The answers came, and I continued prayerfully dedicating time each day to advancing my manuscript. With my first published book—a historical novel based on a scriptural family—my prayers turned to how to correctly present these beloved characters in an inspirational light. Prayer has calmed my doubts, prayer has softened the sometimes harsh and public criticism that authors experience, and prayer has continued to confirm that I have chosen a good path and my work isn’t finished.

You lived in the Middle East for a few years. What is something you enjoyed about your time there?

My father, S. Kent Brown, was a director of the BYU Student Program in Jerusalem, so my family had the opportunity to live in the Holy Land when I was in elementary school and then again when I was in high school. We also lived for a year in Cairo when I was in second grade. I turned 8 during that year, and my choices of getting baptized were either the local public swimming pool, or . . . the Red Sea. My father obtained a special pass to visit the Red Sea (it was a military zone at the time because of political tension), and I was baptized there. The beaches were completely empty except for our little family and a couple of ward members.

What do you hope readers take away from your most recent book, The Paper Daughters of Chinatown?

This book deals with some tough issues that are still prevalent today. When the story starts, in 1895, Donaldina Cameron sets out on a lifelong journey of rescuing Chinese girls from human trafficking in San Francisco and fighting for their human rights in courts of law. A bird’s eye view of Cameron’s life reveals a dedicated woman who served her fellow women. But her days were hard. One step forward would quickly be followed by three steps back. So it’s my hope that the readers will find inspiration not only in Cameron’s compassionate heart but in her perseverance. Her ups were often eclipsed by her downs, yet she continued putting one step forward each day while she relied on the Lord for the rest, and that is all any of us can do.

► You may also like: Explore a true story of human trafficking with the January LDS Living Book Club pick

Is there a writer you look up to? Why?

As a teenager, I sneaked my sister’s books from her bedroom. One of them was a suspense novel by Mary Higgins Clark. I was hooked. Years later, as a young mom who was trying to find snippets of writing time during the kids’ naps, I read Clark’s memoir, Kitchen Privileges. Widowed, Clark continued to follow her dream of writing while working full time as a single mother. The only way she could manage this was by writing from 4:00 a.m.–7:00 a.m. I thought, if she can do it, I can do it. I started setting my alarm at 4:00 a.m. Sometimes I had a nursing baby with me. But Clark’s example proved to me that if someone has a passion or a dream, it can be achieved with setting goals and perseverance.

Where is your favorite place to write?

I have a beautiful home office, but I also love the sun. So I often go to the library in the morning and sit on the sunny side. This also gets me out of the house so that I’m not “doing one more thing” before writing. Thankfully, with my laptop, I can write anywhere, but for some reason being surrounded by shelves of books is very motivating.

How do you balance writing with motherhood?

I started writing my first book when I was 30 and had three little kids at home. I had to be very strict with myself and protect that time. No phone calls, no reading, no TV, and no other distractions save for emergencies (I didn’t have a cell phone until I was 34, so that was probably a good thing). My goal was by the time my youngest was in kindergarten, I would be making money as an author, and that would be my part-time job. Of course, not every day went as planned, and that was okay. I also because very adept at writing in snatches. I wrote at soccer practices in the car. I wrote between volleyball games. My laptop has its own backpack, and if I have a 15-minute wait anywhere—like a doctor’s appointment—I’m writing a couple of paragraphs. I feel it’s also important to include children in the journey. They’ve come with me to book signings, speaking events, writing conferences, and of course they love it when I’ve dedicated a book to them. They’ve learned to respect my job, as I’ve respected their time and goals as well. “Mom, I need such and such for school tomorrow.” “Okay,” I tell them, “I need to write 200 more words, then I can help you.” Sometimes they will sit and watch me write those words. For me, writing is fulfilling my soul, my heart, and my destiny, and when I am filled, I can then share a greater love with those around me.

► You may also like: Stories you don't want to miss in the latest issue of LDS Living magazine

What other hobbies do you have?

Is reading a hobby? I’ve been an avid reader since I was a kid, checking out the maximum number of books allowed at the Orem library during the summers. I also love sewing and cross-stitching. I miss making Christmas and Easter dresses for my daughters, who are now grown, though they might be glad they don’t have to match every holiday now.

Also, give me a puzzle, and you won’t hear a peep from me for two days.

What is the best piece of advice you can give?

I believe in having a backup plan in my writing life: Plan A, Plan B, and even a Plan C. Writing and publishing is a very finicky business. I have manuscripts that have never sold, but instead of being discouraged, I decide that the practice made me a better storyteller. Or I can find another publishing option. This also mimics other areas in life. Our Plan A has probably never happened, and we are living some semblance of our Plan B. But as we come to understand what’s truly important, we realize that in the end we are on Lord’s plan, and we can take comfort in that knowledge.

What does it mean to you to let God prevail in your life?

Have a prayer in your heart always, listen to the Spirit’s promptings, and keep your mind open to what you need to learn through your trials. “Know ye not that ye are in the hands of God?” (Mormon 5:23) brings me solace, as well as knowing that not only am I in the hands of God but so are my loved ones. 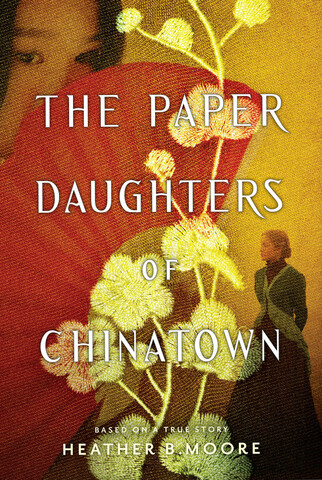 Find Heather B. Moore’s latest book, The Paper Daughters of Chinatown, at Deseret Book stores or on deseretbook.com. An abridged version of this interview originally appeared in the January/February 2021 issue of LDS Living magazine.

Fun Faith Interview AuthorFaith,Interview,Author,Fun
Comments and feedback can be sent to feedback@ldsliving.com