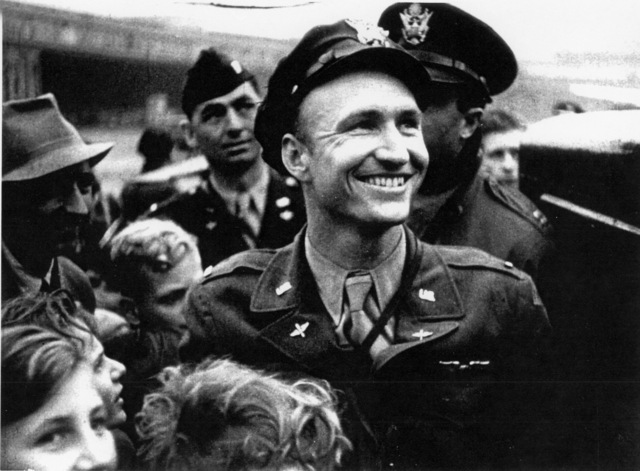 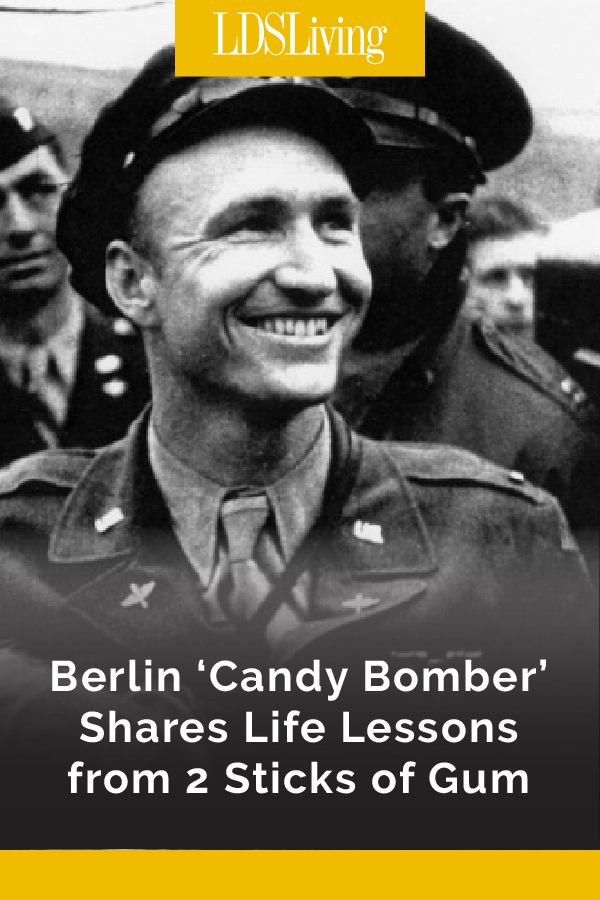 “It all started when I was maybe 10 or 12 years old,” explains Colonel Gail S. “Hal” Halvorsen. “I was raised on a farm. We had two teams of horses to pull a wagon, and one day after a storm, when it was muddy, my dad stopped and took me up to an old 2,000 pound draft horse.” Instead of the expected toothbrush lesson, Halvorsen was surprised when his dad said, “See this little bit? This bit that goes in the horse’s mouth? It turns around that whole 2,000 pound body."

Halvorsen continues, "My father quoted James, how out of little things proceed that which is great, and then repeated how we put bits in the horse’s mouth and we turn the whole body about, just like the helms of ships turn the ships about. He said, ‘As you go through life, any decision you make without the Holy Ghost is going to be dangerous.’”

This lesson stuck with Halvorsen through years and wars. But there was one particular instance of heeding a prompting, of having the best bit to guide him, that changed Hal’s life and the lives of countless others.

In the wake of World War II, Halvorsen, then a lieutenant and pilot for the United States, was assigned to fly flour into West Berlin as part of a war recovery effort. He recalls, “I was up against the fence in Berlin, shooting movies of the airplanes coming overhead and landing. The kids were on the other side of the barbed wire, 30 of them.”

But unlike typical children who usually begged sweets off of American soldiers, these were different. Instead of asking for sweets, they told Halvorsen, “Don’t worry about us, even if we don’t have to have enough to eat. Just don’t give up on us. Someday we’ll have enough to eat, but if we lose our freedom, we’ll never get it back.”

As Halvorsen bid farewell and stepped away, a prompting stopped him. He wanted to give these remarkable children something more, but all he had in his pockets were two sticks of gum. “I said to myself, If you try and give it to them, you’re gonna have a fight.” But it wasn’t Halvorsen who was choosing the way; he was being guided by the Spirit.

“The reason I went back to the fence,” he shares, “was a prompting just clear as a bell. I know it was the Holy Ghost and no other source. It said, 'Go back to the fence.’ Just like it was typed up. It was clear communication.”

Tearing the two sticks in half, Halvorsen passed the gum through the fence. He was shocked to see the children simply sharing the wrappers, smelling the peppermint and faces lighting up as though the scent itself were magical.

“I just stood there dumbfounded,” he remembers. “Boy, I said, for 30 cents I could give them a whole pack. I said, well that’s kind of chinsy wouldn’t cost much more for a candy bar.” But Halvorsen couldn’t return to the fence. He’d already broken regulation being there the first time, but he thought of a way he could deliver his chocolate ration to the kids: by dropping it from his plane when he flew over the city to land in West Berlin.

The idea behind the Candy Bomber was born.

From his first drop of a handful of candy bars tied to handkerchief parachutes, Halvorsen’s simple idea exploded. After being caught on film, his colonel learned of the mission, and with the approval of the general, the mission grew to become an international effort with American school children and candy companies donating time and candy to the cause. In all, by the end of his time flying over Berlin, Halvorsen had dropped 23 tons of candy from the sky over East Berlin parks, including three tons dropped on Christmas Eve.

But there was always more to it than just the candy. Halvorsen remembers one instance when, 50 years after his candy-bombing mission, a man approached who said, “I’m 60 years old, and 50 years ago, I was going to school in Berlin. Classes were really low, and it was raining. Suddenly out of the cloud and rain came a parachute. A fresh Hershey candy bar landed right at my feet.” The man continued, “It took me a week to eat that candy bar. I had it day and night. But the chocolate wasn’t important. The important thing was that somebody in America knew our troubles. Somebody cared. I can live on thin rations, but not without hope.”

And that’s the message, Halvorsen explains. “It’s about gratitude, attitude, and service before self. And the other part of the equation is the little decisions you make have great outcomes. Just like in the gospel. Out of small things proceedeth that which is great.”

"Some kids get asked to try just a little puff of that stuff to make you feel good, and that’s a little decision," Halvorsen explains. "But if you put that bit in your mouth, you’re going to go down the trail and where are you going to end up? You’ve got to listen to the Holy Ghost who will put your footsteps on the path that leads to eternal life. That’s it. Bottom Line. You’re going to have problems in life, and you’re going to have dark spells, but if you’re in there with the little decisions to keep you in place, it’s going to bless your life and the lives of others. That little bit, those two sticks of gum, put me here.”

That is, two sticks of gum and 23 tons of chocolate.

Read more about the Candy Bomber in the beautifully illustrated book Christmas from Heaven. You can also watch his heartwarming appearance during the Mormon Tabernacle Choir's 2012 Christmas concert on the DVD Home for the Holidays. Both the book and the DVD are now available at Deseret Book.

Makes You Think War Military Freedom Germany U.S. HistoryWar,Military,Freedom,Germany,U.S. History,Makes You Think
This favorite piece of LDS Living content originally appeared in December of 2013
Comments and feedback can be sent to feedback@ldsliving.com