Best of 2018: How Church Members Made Their Mark on the World This Year

From Church members sharing their talents on TV to assisting in humanitarian efforts around the world, 2018 has proven to be another amazing year for Latter-day Saints. Here are some of our favorite moments from the year to celebrate!

Latter-day Saints in the Media and on TV

At the end of December 2016, 20th Century Fox hosted a "This Is Me" challenge where artists could perform their own arrangement of this dynamic song to compete for tickets to attend the red carpet premiere.

Latter-day Saint musician and YouTuber Tiffany Alvord was one of the artists who performed for Hugh Jackman, Zandaya, Zac Efron, and songwriters Benj Pasek and Justin Paul.

About Alvord's performance, Hugh Jackman raved, "It just made me melt into this chair. . . . Well done. I absolutely loved it."

"You found the bigger meaning inside of it," Zac Effron added. "It was fun to watch the three of you play your own instrument and come together as one. It was really fantastic."

In spring 2017, BYU Cougarettes and BYU Vocal Point teamed up to create an incredible music video mashup of songs from The Greatest Shoman, to which Hugh Jackman tweeted, “Thank you @BYUCougars for the amazing effort!!” and tagged his co-stars.

BYU Dean shared how his daughter landed a major role in The Greatest Showman.

Keala Settle is well-known for her role as the bearded lady in The Greatest Showman, but her father, David Settle, shared how that iconic role almost didn’t happen for his daughter. She initially turned down the invitation to audition for the role, but after some convincing and an incredible performance, she landed the part on the spot.

A hilarious post-wisdom-tooth-removal video won a Latter-day Saint family $100,000 when they sent it to America’s Funniest Home Videos. The lightsaber battle ending in tears is definitely worth the watch.

2018 was an amazing year for Latter-day Saint dancers. Jensen Arnold was a top competitor on So You Think You Can Dance, placing second overall. Meanwhile, Charity Anderson, Andres Penate, and Jaxon Willard were killing it on World of Dance.

Last night was so amazing!! I just want to thank you all for the love and support you guys have given me. I am so grateful to be apart of season 15 of SYTYCD and to be America’s second favorite dancer😜 CONGRATS to my favorite @hannahleidazle you are so deserving of this title, and I love you so much!! This is only the beginning and I can’t wait to see what my future will bring.

► You'll also like: How Latter-day Saints Are Absolutely Dominating the Dance World

MLB player Bryce Harper gave President Nelson a jersey and shared his testimony to his fans.

Bryce Harper attended general conference in October, met President Nelson and gave him a jersey,  spoke with Elder Uchtdorf, and shared his testimony with all 1 million of his followers. He shared his feelings surrounding the touching experience, and it was incredible to see a public figure with such influence testify of the gospel.

I have no words for how inspiring and special this weekend was. I’m grateful and honored to be a member of The Church of Jesus Christ of Latter Day Saints✨ #GeneralConference2018

Dr. Phil featured an estranged father and son on a recent episode and invited a Latter-day Saint relationship expert to provide advice. Troy Dunn shared his advice and added gospel principles in hopes to help the family.

“We believe in agency,” Dunn said. “So the concept of agency, for those who aren’t familiar with it, is what we believe and we believe that from the beginning of time everybody has the opportunity in life to choose their own path. He later said, “We teach them correct principles and let them govern themselves,” paraphrasing Joseph Smith.

► You'll also like: P. Diddy, Criminal Minds, and Other Bizarre Places You Wouldn't Expect Prophets to Be Quoted, but They Were

Church member Maquel Cooper was a contestant on The Bachelor and shared her faith.

American Fork resident Maquel Cooper was one of several women featured on the well-known TV show The Bachelor. She shared how she hoped she could represent the Church in a positive way and let everyone know “[Latter-day Saints] are normal, [they’re] cool.” 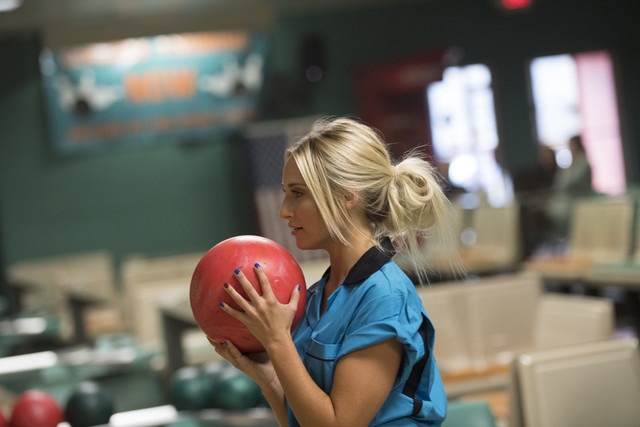 Claire Ryann Crosby captured hearts all over the Internet when her singing videos started going viral. Claire has performed multiple times on Ellen’s show and continues to make adorable videos.

Ellen also made a Latter-day Saint teacher’s day when she gave her a $15,000 check for her low-income orchestra class.

Tim Ballard, owner and operator of Operation Underground Railroad, recently announced that Jim Caviezel will be playing him in an upcoming movie about rescuing children from sex trafficking.

On the set of Sound of Freedom. These children actors touched my heart. Most of them thanked @ourrescue for their work; and I thanked them for being brave enough to play such difficult parts, and assured them that their work would result in additional rescues. #SonidodelaLibertad

Tyke James competed on The Voice.

Tyke James is a Latter-day Saint living in Hawaii. He competed on the popular singing competition The Voice and said he started pursuing a singing career because “I realized that music was a powerful thing that God gave to mankind.”

okey okey now i must say thank u:) to all my friends/fans and family who voted for me !! all the posts and kind messages. i am doing my best to respond to everyone cos i appreciate u all so much. XOXO

When Saide Bartell sent out a plea for help and a GoFundMe page, the Taylor Swift fan had no idea her favorite pop star would see it and donate. Swift donated $15,000 to Bartell’s family and signed the donation, “Love Taylor, Meredith and Olivia Swift.”