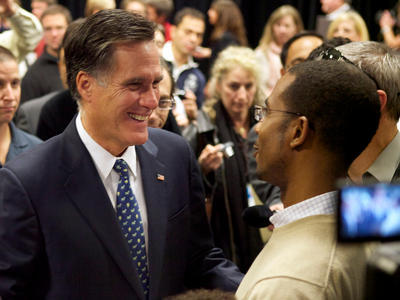 "Bull. One simple word. I'd put the other word behind it, but we don't talk that way."

That's how Don Harwell responded when asked if he felt compelled to support President Obama -- a fellow African-American -- in 2012.

The 'we' he referred to are the Latter-Day Saints, popularly known as "Mormons."

Harwell abandoned the Roman Catholic tradition he was raised in and joined the Church of Jesus Christ of Latter-Day Saints (LDS Church) in 1983.

He says he is proud of his African-American heritage and of the great strides the race has been able to achieve. He just doesn't quite see eye-to-eye with Obama when it comes to politics, labeling the 44th president a socialist.

Read the rest of this story at thegrio.com