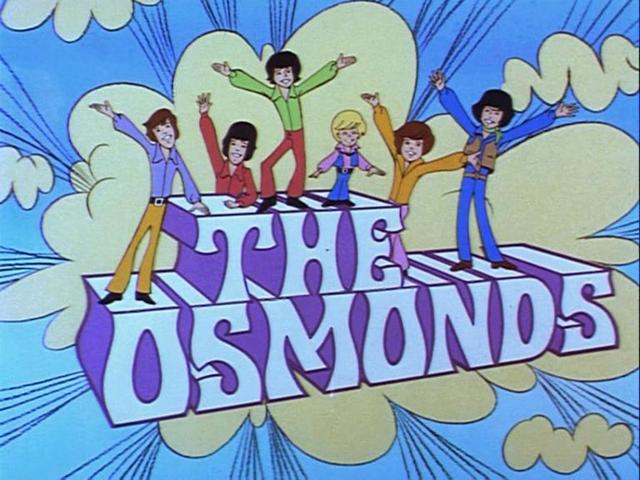 Blast from the Past: The Osmonds Cartoon Show (Video)

Did you know the Osmonds had their own cartoon show?

Alan, Merrill, Wayne, Jay, Donny, and Jimmy starred in 17 episodes of ABC's The Osmonds cartoon series in 1972. The cartoons included fictional adventures of the famous brothers as they travel around the world to promote good will for the United States in places like Paris, China, India, Spain, Bavaria, Italy, Australia, London, Denmark, and Transylvannia. Along the way, the brothers compete in a ping pong tournament against China and attend a vampire's party, Donny becomes a bullfighter to impress a girl and travels back in time to meet a princess, and Jimmy meets a mermaid and makes friends with a genie.

But the Osmonds weren't the only musical brothers with their own cartoon show at the time. In fact, there was a period when The Osmonds aired back-to-back with The Jackson 5ive cartoon—a family with whom the Osmonds reportedly had a good friendship.

Check out the opening credits of The Osmonds below, and don't miss the brothers' very funky airplane!

The Osmonds aren't the only Church members to be immortalized in animated glory. In 2012, Jon Heder of Napoleon Dynamite starred in six episodes of a cartoon based on the famous movie. 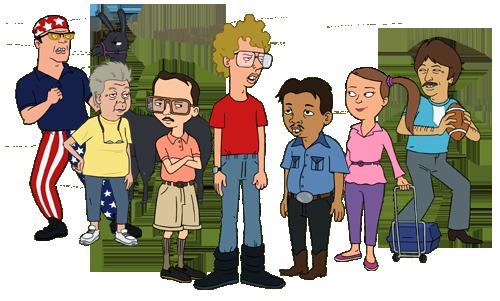 The original cast of the movie starred in Fox's Napoleon Dynamite animated series. "I'm extremely proud of it," Heder told LDS Living. If you missed it on television, you can buy the complete series on amazon.com.