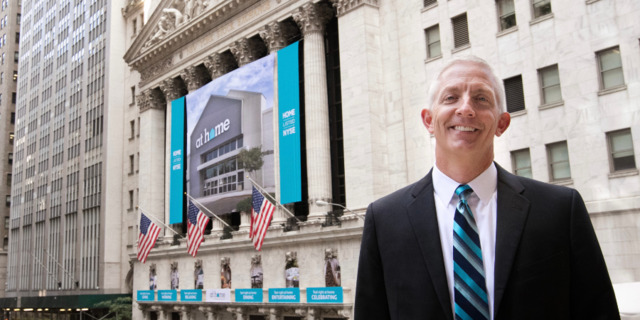 Editor’s note: The author of this article, Clairissa Cooper, is the Lewisville Texas Stake assistant communication director and shares a ward with the Bird family. She has a degree in journalism from Brigham Young University.

Lewis L. (Lee) Bird III wears many hats, juggles a lot of plates, and all of the other proverbial clichés of a successful professional. In fact, he was named Most Admired CEO by the Dallas Business Journal in 2018 for his work as chairman and CEO of Plano-based home décor retailer At Home, which currently operates 225 stores in 40 states. Bird is also a man of faith who has learned to trust in God through the loss of a child and a life-threatening cancer diagnosis. And now, he will bring his leadership skills and testimony together in a new role: stake president of the Lewisville Texas Stake.

In addition to growing a company, he now facilitates the growth of faith, hope, and lasting peace. Instead of revenue being the indicating factor of success, healing individual souls one by one is the focus. In place of happy shareholders, there are strengthened families and ministering to the poor in spirit.

No Stranger to Adversity

While navigating the treacherous waters of a pandemic, Bird captained At Home to its best year on record. But this isn’t the first time he has had to find a way through adversity.

He and his wife, Linda, have been married for 34 years and are parents to eight children. In 1991, their third child, Kelsey, passed 13 days after she was born due to complications of a heart defect.  Bird’s voice fills with faith and emotion when he talks about her.

“Faith is personal to me because I have a daughter who died and went to heaven. Where did she come from? Why was she here, and where is she now? Am I ever going to be with her again? Faith gives me those answers, which gives me hope. It gives me purpose. It gives me perspective, especially when things don’t always work out,” he says. “If I didn’t have those answers, [my life] would be empty. Faith gives [my life] meaning. I lean on my faith to be happy.”

Linda Bird adds, “Although she only stayed for 13 short days here on earth, the impact [Kelsey] made on me has lasted all this time without fading. What a blessing and opportunity it is to be her mother. I know that because of my faith in Jesus Christ and membership in The Church of Jesus Christ of Latter-day Saints that I will live with her again as an eternal family sealed in the temple.” 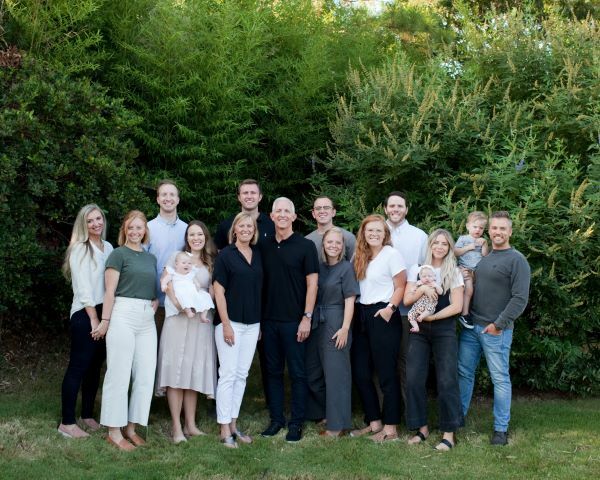 Since Kelsey’s passing, the Bird family motto has been “No empty chairs.” The motto motivates them to stay on covenant path so that they can live with Kelsey again. Bird shared his family experience in stake conference and said he wanted that same sentiment to also be the stake motto; there be “no empty chairs” among friends and neighbors in the community. Everyone is loved and welcome at the table of the Lewisville Texas Stake.

His young daughter’s death isn’t the only time Bird has had to lean on his faith. Before joining At Home, he was diagnosed with a rare form of leukemia. After a failed attempt at chemotherapy, he was told that his form of cancer was untreatable. He continued to pursue other options and was given the opportunity to be part of an experimental trial at MD Anderson Cancer Center in Houston. After months of following the protocol and experiencing painful side effects, the treatment worked. To this day, he is in full remission and cancer-free. Bird believes challenging and painful life experiences can lead us to become better disciples of Jesus Christ.

“These things soften you. They help you understand that everyone is going through something hard,” he says. “I’m a much better friend now [to those who have] a broken heart and have lost a loved one. I understand the pain of going through medical treatments, and . . .] know the feeling and risk and worries. . . and losing the chance to be with your family. I’ve been fired from a job before . . . so I get it when people lose their job and how scary it is because you have to provide for your family.

“I’m grateful for my life experiences. All of them. It’s made me a better person. And hopefully, that makes me more helpful to other people.”

A quote from President Gordon B. Hinckley was a motivating force to help Bird get through challenging times, both professionally and personally. During a particularly difficult time in 2019, he read President Hinckley’s quote aloud to himself every morning before starting his day.

“It isn’t as bad as you sometimes think it is. It all works out. Don’t worry. I say that to myself every morning. It will all work out. Put your trust in God, and move forward with faith and confidence in the future. The Lord will not forsake us. He will not forsake us. If we will put our trust in Him, if we will pray to Him, if we will live worthy of His blessings, He will hear our prayers.”

Ministering to the One

Bird was named Most Admired CEO by the Dallas Business Journal in 2018—and for good reason. Regardless of their title, he personally interacts with At Home employees. From entry-level hourly employees to those in management positions, you’ll find Bird walking around the office, visiting stores, or connecting on social media to ask At Home team members about their families, their interests, and how he can help them. 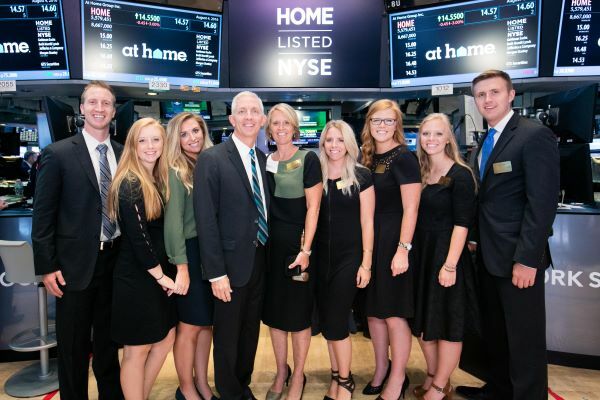 “It comes from a belief set that every role is equally important. The roles are just different,” says Bird. “My question is always how can I help you? What’s getting in your way? What’s discouraging for you in the company that I can fix? I really do believe my job is to serve everybody else.”

He carries that mindset forward into his church service as well.

“To be an effective servant, an effective leader in the role of acting in behalf of the Savior and our Heavenly Father as one of His children, I take that view in my company. I serve the team,” he says

Images courtesy of the Bird family.