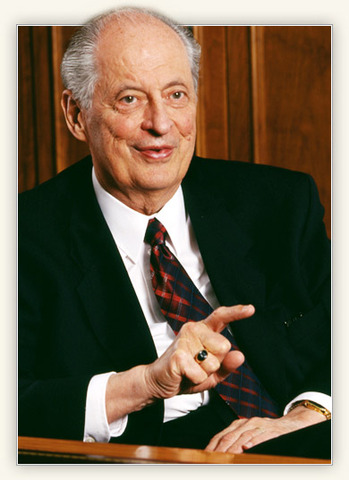 Did you know? Before he was 16, Elder Oaks obtained a first-class radiotelephone operator’s license so he could operate commercial radio transmitters. He later got a job as an announcer and transmitter engineer.

After his father died when Elder Oaks was eight years old, his mother left to return to school in order to get the education she needed to support her children. During that time, Elder Oaks stayed with his grandparents. Of that time, he recalls: “In school, I was hopeless as a student. I didn’t learn how to write cursive, and to this day I can hardly write in cursive except my own signature. My spelling was terrible, and my mathematics was worse.” Despite how brilliant he would later be, at that time, he believed he was, “the dumbest boy in the room.” After his mother returned, her love, support, and expectations quickly turned young Dallin Oaks around so that, “by the time I finished my fifth-grade year, I was competing with the better students.”