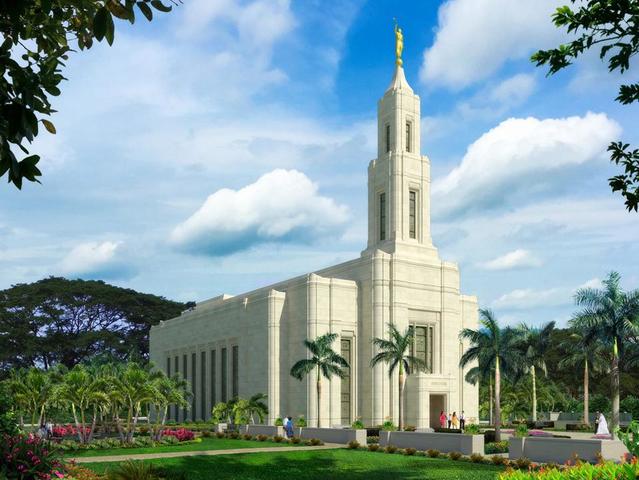 The official groundbreaking ceremony for the Urdaneta Philippines Temple of The Church of Jesus Christ of Latter-day Saints will be held Wednesday, January 16, 2019. Elder Jeffrey R. Holland of the Quorum of the Twelve Apostles will preside at the event.

Attendance will be by invitation and the proceedings will be transmitted via the internet to designated Church meetinghouses within the proposed temple district.

Temples are different from meetinghouses where Church members and friends meet for Sunday worship services. Temples are considered sacred spaces where holy ordinances are performed, including marriage to unite families for eternity.

Open house and dedication dates will be announced after the temple is built.

There are currently 201 temples throughout the world either in operation, under construction, or announced.

Lead image a rendering of the Urdaneta Philippines Temple from Newsroom.