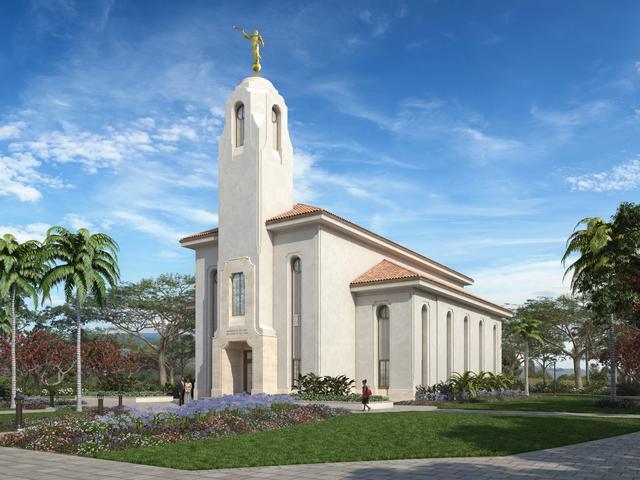 Church Announces Groundbreaking for a New Temple in Africa

Currently, there are three temples operating in Africa (Johannesburg South Africa, 1985; Accra Ghana, 2004; Aba Nigeria, 2005), with another announced (Abidjan Ivory Coast--Côte d’Ivoire--Temple) and another under construction (Kinshasa Democratic Republic of the Congo Temple).

In 2011, President Thomas S. Monson announced that there would be another temple built in South Africa, along with five other temples (Provo City Center, Paris France, Barranquilla Columbia, Star Valley Wyoming, Kinshasa Democratic Republic of the Congo). With the announcement, President Monson said: "No Church-built facility is more important than a temple. Temples are places where relationships are sealed together to last through the eternities. We are grateful for all the many temples across the world and for the blessing they are in the lives of our members."

Now the First Presidency has announced the groundbreaking for the Durban South Africa Temple will be on Saturday, April 9, 2016.

The Church currently has 149 operating temples around the world, with another 29 announced or under construction. With the dedication of the Provo City Center Temple set in March, the Church will have 150 temples worldwide.