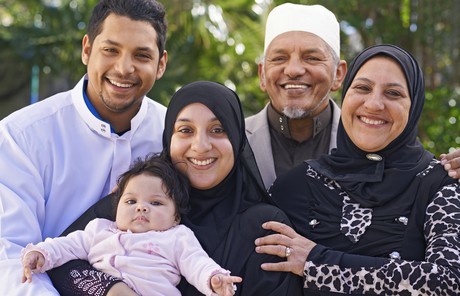 Church Article Shares How Mormons and Muslims Can Build Common Ground, What Church Leaders Have Said About Islam

Recently, the Church published an informative article about Islam in the Ensign. Before the article, a note states, "Because it is important to understand those of other faiths, Church leaders felt that it would be helpful to provide an overview of the history and teachings of Islam, the world’s second-largest religion."

Despite our different beliefs, how can Latter-day Saints approach building relationships with Muslims?

First of all, we should recognize Muslims’ right to “worship how, where, or what they may” (Articles of Faith 1:11). In 1841, Latter-day Saints on the city council of Nauvoo passed an ordinance on religious freedom guaranteeing “free toleration, and equal privileges” to “the Catholics, Presbyterians, Methodists, Baptists, Latter-day Saints, Quakers, Episcopals, Universalists, Unitarians, Mohammedans [Muslims], and all other religious sects and denominations whatever.”

We should also recall that our Church leaders have generally been strikingly positive in their appreciation of the founder of Islam. In 1855, for example, in a time when many Christians condemned Muhammad as an antichrist, Elders George A. Smith (1817–75) and Parley P. Pratt (1807–57) of the Quorum of the Twelve Apostles delivered lengthy sermons not only manifesting an impressively informed and fair understanding of Islamic history but also praising Muhammad himself. Elder Smith remarked that Muhammad “was no doubt raised up by God on purpose” to preach against idolatry, and he expressed sympathy for Muslims, who, like the Latter-day Saints, find it hard “to get an honest history” written about them. Speaking immediately afterward, Elder Pratt expressed admiration for Muhammad’s teachings and for the morality and institutions of Muslim society.

► You'll also like: What Prophets and Apostles Have Said About Muhammad

A more recent official statement came in 1978 from the First Presidency. It specifically mentions Muhammad among “the great religious leaders of the world,” saying that, like them, he “received a portion of God’s light. Moral truths were given to [these leaders] by God,” wrote Presidents Spencer W. Kimball, N. Eldon Tanner, and Marion G. Romney, “to enlighten whole nations and to bring a higher level of understanding to individuals.”