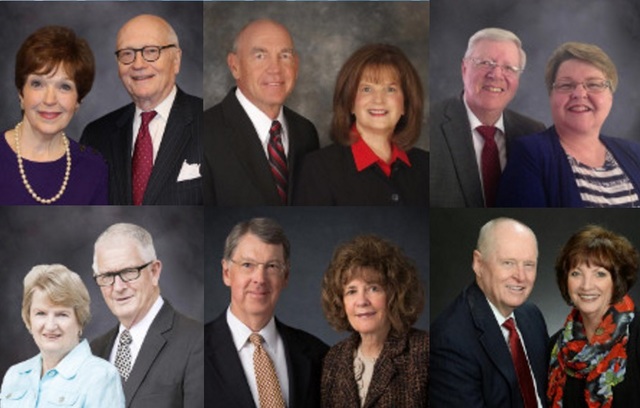 The First Presidency has called the following six new temple presidents and matrons.

Sister Bench serves as an assistant to the matron at the Manhattan New York Temple. She has also served as a stake and ward Relief Society president, regional public affairs director, Gospel Doctrine teacher, and ward organist. She was born in Havre, Montana, to Don Evan and Vera Camilla Norton.

Sister Bergstedt serves as a temple ordinance worker. She served with her husband as he presided over the California Arcadia and Norway Oslo Missions, and has served as stake Relief Society president, a counselor in a stake Young Women presidency and ward Relief Society presidency, ward Young Women president, and as an area family history adviser. She was born in Salt Lake City, Utah, to Mack Colvin and Grace Perschon Corbett.