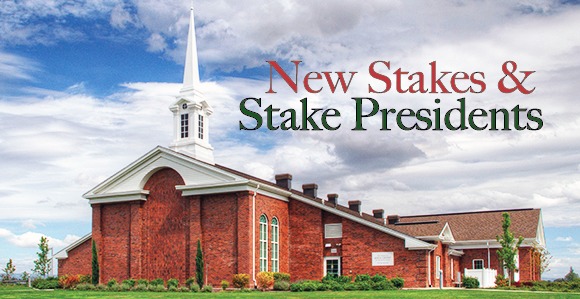 From Utah to Zimbabwe and Brazil to Samoa, learn more about the 32 new stake presidents called by the Church in February.

A new stake has been created from the Des Moines Iowa and Ames Iowa Stakes. The Des Moines Iowa Mount Pisgah Stake, which consists of the Centerville, Indianola, Lenox, and Perry Branches and the Easter Lake, Osceola, Roccoon River, Walnut Hills, and Waukee Wards, was created by Elder Weatherford T. Clayton, a General Authority Seventy, and Elder Rulon F. Stacey, an Area Seventy.