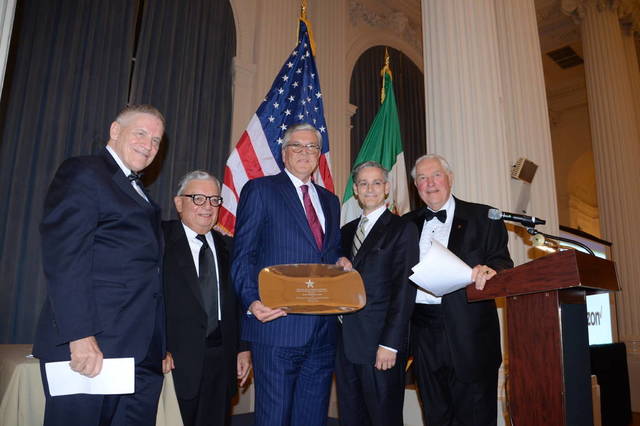 After thousands of Mormon Helping Hands Volunteers rebuilt homes and provided food following a number of devastating hurricanes last year, The Church of Jesus Christ of Latter-day Saints received a special honor. About this service, Elder Gordon Smith said, "Because we are disciples of Jesus Christ, we endeavor to live and serve as He would have us live and serve. This effort was simply a manifestation of our love of Christ and our commitment to His discipleship."

The Church recently received a Good Neighbor Award from the United States-Mexico Chamber of Commerce — the first religious organization to ever be singled out for this honor, according to LDS Church Public Affairs.

The award was presented May 24 at the Organization of American States headquarters in Washington, D.C. Troy Dow, a member of the LDS Public Affairs Committee in Washington D.C., and Elder Gordon Smith, an Area Seventy and a former Oregon Senator, received the award on behalf of the Church and its 16 million members, according to former Chairman of the U.S.-Mexico Chamber of Commerce Stuart Dye.

Dye presented the award with Duane Zobrist, a previous Chairman Emeritus of the Chamber, and described the Church during the ceremony as "a premier resource for saving lives and rendering assistance to so many in such devastating circumstances."