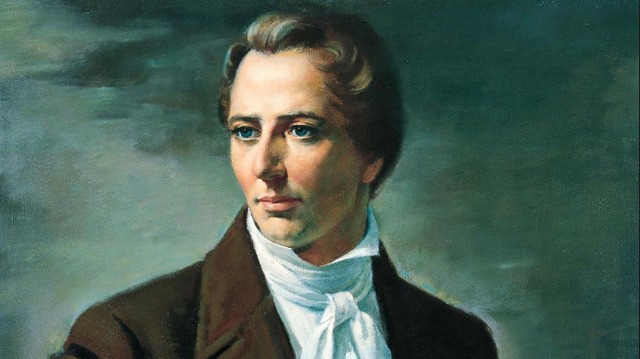 The Church Historian’s Press today announced the release of the latest volume of The Joseph Smith Papers. Documents, Volume 4: April 1834–September 1835 contains 93 documents, including revelations, minutes of meetings, and correspondence. Documents in this volume pertain to major events in early Latter-day Saint history, including the construction of the House of the Lord in Kirtland, Ohio; the publication of Joseph Smith’s revelations in the first edition of the Doctrine and Covenants; the calling of the Quorum of the Twelve Apostles; and the expedition to reclaim Latter-day Saint lands in Jackson County, Missouri.

“This volume shows Joseph Smith confronting one of the church's first major setbacks—the Saints' expulsion from Jackson County, Missouri,” says Matthew C. Godfrey, who served as coeditor for the book. “He is trying to understand why God allowed the expulsion, and this is really where we see Joseph Smith beginning to develop into a seasoned leader and experienced prophet.”

In May 1834, Joseph Smith led a company of about two hundred individuals, known as the Camp of Israel and later as Zion’s Camp, to Missouri to aid the beleaguered Saints there. Smith also sought to prepare the Saints to redeem Zion through the construction of the House of the Lord (or temple) in Kirtland, and through the publication of the Doctrine and Covenants, a collection of revelations that provided instruction to the Saints on church doctrine and theology. Funding these projects proved difficult, however. Several documents in this volume describe these projects and the church’s financial strain. Other documents demonstrate Joseph Smith’s response to challenge of continuing church growth—during this period, he further developed the church’s governing bodies and instituted new leadership positions in the church, including the offices of apostle, seventy, and church patriarch.

The documents reproduced in this volume have been transcribed and annotated to the highest standards of documentary editing. They open a window into Joseph Smith’s efforts to establish the kingdom of God on earth and into his development as a leader of a growing religious movement. This volume is an indispensable resource for those studying the life of Joseph Smith during this formative and turbulent period.