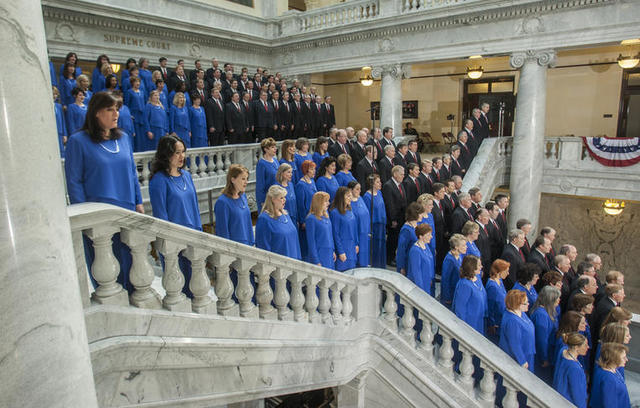 After tweets, news articles, and even petitions questioned the Mormon Tabernacle Choir's participation in the inaugural celebration, Church spokesman Eric Hawkins made an announcement in response.

The Mormon Tabernacle Choir, dubbed "America's Choir" by Ronald Reagan during his first inauguration, will sing at Donald Trump's inauguration on Jan. 20, the president-elect's team and the choir announced Thursday morning.

Trump's polarizing campaign and history, however, left the LDS Church trying to balance strong reactions of pride in the choir's participation in a meaningful act of American pageantry and patriotism with a backlash of anger that it might be seen as a statement of support for the controversial president-elect.

“Response to the announcement has been mixed, with people expressing both opposition and support," church spokesman Eric Hawkins said in a statement. "The choir's participation continues its long tradition of performing for U.S. presidents of both parties at inaugurations and in other settings, and is not an implied support of party affiliations or politics. It is a demonstration of our support for freedom, civility and the peaceful transition of power.”