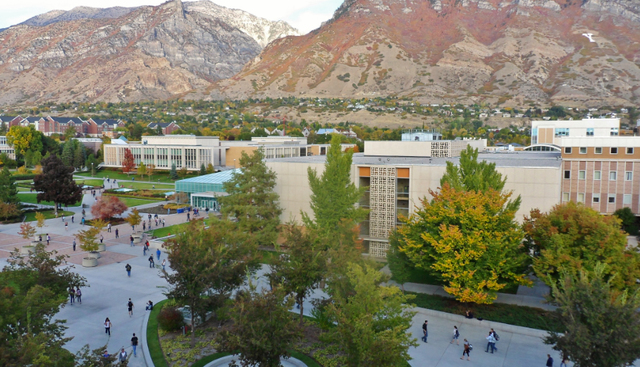 The Church recently released a statement, responding to inflammatory and even misleading media coverage focusing on sexual assault on BYU's campus.

The statement made it clear that the Church and Mormon doctrine have zero tolerance for sexual assault and that victims of such crimes should be treated with the utmost compassion and love. Though they recognize the pain that can come in these situations, they ensured that BYU and the Church are doing all they can to make sure victims feel safe receiving the support and resources they need.

In fact, BYU recently launched a new website, feedback2016.byu.edu, to help gather anonymous feedback from the students and community.

BYU also recently released a letter, announcing the formation of an Advisory Council on Campus Response to Sexual Assault that has been reviewing the issue for over two weeks.

"I assure you that this advisory council will study every part of the sexual assault reporting process at BYU," Scharman wrote in the letter.

Read the Church's full statement below:

Sexual assault is a serious concern at campuses across the nation. At Brigham Young University, students enter the campus knowing that they are expected to live according to high standards of personal morality and conduct, and certainly any form of abuse or assault falls well below any such standard. BYU’s remarkable campus community reflects character and students' commitment to live exemplary lives.

Sadly, there are exceptions. Media have published deeply personal stories of victims of sexual assault who feel they have been treated poorly when reporting their assault. They are painful to read, but we do not believe they represent the ideals BYU or Church leaders follow when responding to victims.

Let us be perfectly clear: There is no tolerance for sexual assault at BYU or in the Church. Assault of any kind is a serious criminal offense, and we support its reporting, investigation and prosecution to the full extent of the law. Victims of assault or recipients of unwelcome sexual attention should be treated with sensitivity, compassion and respect and should feel that those to whom they disclose the assault are committed to helping them deal with the trauma they have experienced. In instances where there may have been conflict between meeting Honor Code and Title IX priorities, BYU is taking significant steps, including forming an advisory council to explore these circumstances and make recommendations for change, as needed.

Today, the university issued a letter outlining that process and launched a website inviting input. We believe their work should be given time and space to proceed so that it can result in a process that more completely reflects  care for victims of sexual assault and that provides a safer campus.