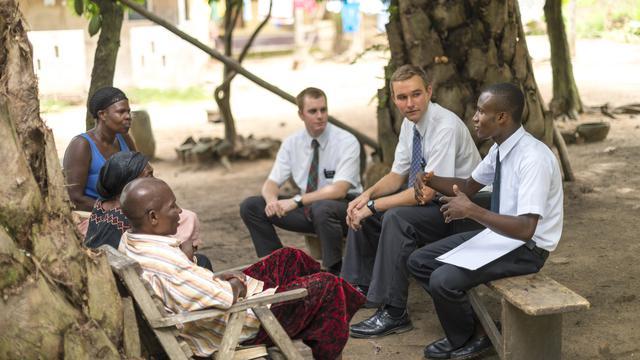 Though the initial surge of missionaries after the age change has subsided, the Church thinks those numbers will gradually increase again. With 75,000 serving in 400 missions, there are exciting things ahead for the Church's missionary program.

Among one of the things adding to the strength of the missionary force is the increasing number of new sister missionaries who are answering the call to serve."I don't ever want to downplay our elders because they're amazing, but these sister missionaries are really quite incredible," Elder Brent H. Nielson of the Seventy and executive director of the Missionary Department said.

Media initiatives, the use of technology and the age requirement change have bolstered the missionary efforts of the Church in the past several years.

“We work regularly to make sure that people know about our church and understand what we believe,” said Elder Nielson.

There are currently about 75,000 full-time missionaries serving in more than 400 missions in many countries. Over the past five years, about 230,000 missionaries have completed their missions and 1.3 million have served since the Church was organized in 1830.