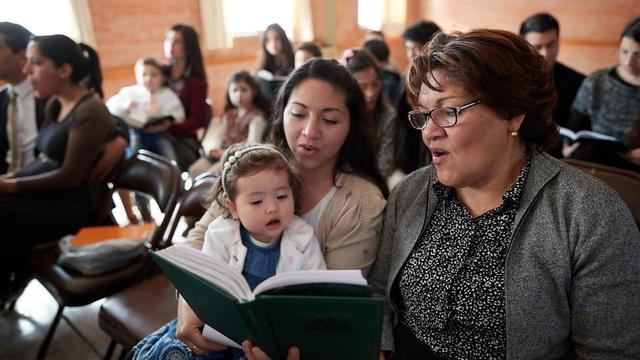 Two books of sacred music published by The Church of Jesus Christ of Latter-day Saints are about to undergo significant changes. An official notice has been sent to Church leaders around the world announcing a revision to “Hymns” and the “Children’s Songbook” used in worship services.

"Along with prayer and the scriptures, hymns invite the Spirit into our hearts and strengthen our testimonies of Jesus Christ and His gospel," said Elder Ronald A. Rasband of the Quorum of the Twelve Apostles.

"We recognize the power that sacred music has to unify the members of the Church throughout the world," added Elder Rasband. "We desire to offer a consistent core collection of hymns and songs in evey language that reflects the diverse needs of the global Church in our day."

The new music collections will be created over the next several years to unify members and reflect the needs of members around the world. Selections will include core hymns and songs that teach the doctrines of the gospel.

Elder Erich W. Kopischke of the Seventy said, "The language of music is universal. Even if we come from different cultures and speak different languages, singing together brings the same spirit to everybody."

"I still remember singing songs in Primary as a young child growing up in Argentina," said Sister Cristina B. Franco, second counselor in the Primary general presidency. "Those songs still ring in my ears, along with the gospel principles that they taught me while I was very young."

Under the direction of the First Presidency, committees have been assembled to recommend revisions to the current music collections.

Sacred music has been important to Latter-day Saints from the earliest days of the Restoration. The first collection of hymn texts for members of the Church, gathered by Joseph Smith’s wife, Emma, was published in 1835. The current hymnbook was revised in 1985.

"Perhaps the most meaningful hymns and songs of the Restoration have not yet been written," remarked Elder LeGrand R. Curtis Jr. of the Seventy. "We encourage our talented members to prayerfully consider what they might add to the body of music already known and loved by the Church."

Additional hymns and songs applicable to specific languages and areas will also be distributed through digital channels.

A composer or author will need to create a profile using his or her LDS Account to submit music or lyrics. Anyone (member or nonmember) may obtain an LDS Account free of charge at ldsaccount.lds.org.