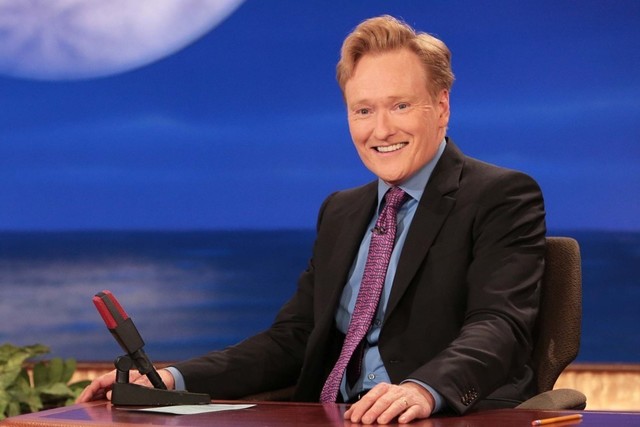 Conan O'Brien recently tweeted about Mormon missionaries that came to his door, saying, "A Mormon came to my door, and after a long, emotional, and persuasive pitch, I got him to start wearing longer sleeves."

A Mormon came to my door, and after a long, emotional, and persuasive pitch, I got him to start wearing longer sleeves.

The tweet prompted a host of hilarious responses, including several Mormons posting their missionary pictures. Among them was LDS MLB pitcher Jeremy Guthrie:

Been wearing them ever since! pic.twitter.com/ZYwmP88qc8

This is not the first time O'Brien has talked about Mormons on social media.

Just ran into some of the talented people from the sketch show #StudioC. They have brought a ton of laughter to my house. @studioctv

In fact, after he posted a picture on Instagram with a caption talking about his children being star-struck at meeting Studio C, he later had the group onto his show where he raved about their clean comedy.

"You do clean comedy and it's for families in an era when maybe that might not be as popular. But I've noticed, as a former sketch writer myself, the sketches are very well constructed," he said. "It's good comedy and I like that my kids like it. . . . They're often very clever."