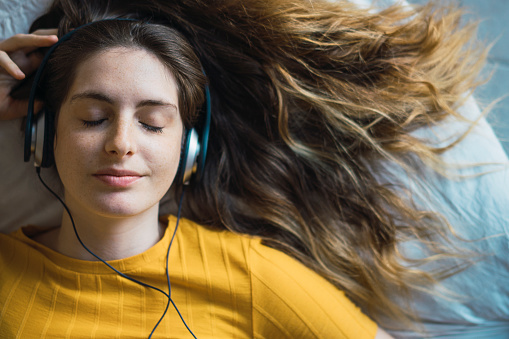 Constant Vs. Consistent: One Gospel Mindset Shift That Might Bring You Needed Relief

Am I the only one who didn't realize the difference between the words consistent and constant in the gospel?

Last week in Sunday School a new friend explained it to me, and I’ve been breathing a sigh of relief ever since. The discussion boiled down to this: We need only offer our consistency, and then trust God’s constancy. Let me explain a little further and see if you don’t breathe a sigh of relief, too.

I can’t be the only one who often wonders what I’m doing wrong. When I am praying about something important and an answer doesn’t come, I immediately start analyzing what I must be doing wrong. I assume something must be clogging up the channel between me and heaven or else I would have already gotten an answer. So I kick into obedience overdrive, hoping to reach some spiritual marker so that Heavenly Father can answer me. But that is not necessarily how receiving blessings works. Elder Renlund has explained:

“If a desired blessing from God has not been received—yet—you do not need to go crazy, wondering what more you need to do. Instead, heed Joseph Smith’s counsel to 'cheerfully do all things that lie in [your] power; and then … stand still, with the utmost assurance, to see the … arm [of God] … revealed.' Some blessings are reserved for later, even for the most valiant of God’s children.”

What I hear Elder Renlund saying is that I need to consistently be where I should, consistently try to do what I should, and then trust God like I should. I offer my consistency, and then trust that God is constant—constantly omniscient, constantly good, and (most importantly) constantly loving. Faith in God includes faith in His timing. If we are consistent in our efforts to receive revelation, then God, in His constantly perfect timing, will give us the answers we need when we need them. But He won’t be able to if we’re not consistently in the right places, even if it feels hard to do so. A unique look at an experience from the life of the apostle Thomas can illustrate this point.

The Savior had died. The apostles were afraid and confused about what to do next. Peter and John had seen the empty tomb, and Mary Magdalene was testifying about seeing and speaking to the resurrected Lord. There must have been a lot of confusion and glimmers of hope amongst Christ’s followers at that point. Amidst the fear and turmoil, the disciples met together to worship—but for some unknown reason, the apostle Thomas was missing (John 20:24).

The scriptures don't give any details as to why Thomas didn't gather with the other disciples. He could have been fulfilling a church assignment, serving other members, or doing any number of other good things. One day while reading this account, however, I wondered if it was possibly Thomas’ doubt or fear that held him back from going to that meeting. I wondered if recent traumatic events had caused him to feel the need to take a step backward.  If that was the case, think of the message Thomas missed because he chose not to consistently be in the right place.

The resurrected Savior appeared to that small assembly of Saints. His first words were, “Peace be unto you.” The Savior then showed them His hands and His sides and “then were the disciples glad” (see John 20:20). What a needed spiritual feast that must have been, but Thomas missed it because “he was not with them when Jesus came” (see John 20:24).

The other disciples didn’t perform some herculean effort that “earned” them such a sweet experience with the Savior—they simply were consistently where they should have been. Maybe they were feeling just as scared and hurt as Thomas was, but they chose to still show up. And because they did, the Savior was able to speak the peace they needed. Later in that chapter, we learn that Thomas was present at the next gathering of the disciples, and that was when he able to interact with the Savior and receive His blessing of peace (see John 20:26). I like looking at the story from this angle because it teaches the comforting truth that whenever we are ready to come, the Savior is ready to receive.

Are you starting to breathe easier yet? Release the pressure of perfection, focus on consistent efforts to be in the right places, and trust in God. Elder Kearon of the Seventy taught this using a story about the dark side of the moon that is actually quite enlightening (adapted from a BYU speech):

“There have been reminders recently of the golden age of manned space flight, particularly of the Apollo missions to the moon in the 1960s. Before they could land on the moon, however, their spacecraft had to be slowed to enter a lunar orbit. This meant doing something that—as with so much of this endeavor—had never been done before. And that was to travel around the far side, or so-called dark side, of the moon.

"All the way there the crew had been able to be in constant radio contact with mission control in Houston. But when it came time for them to go around the far side of the moon, communication would be lost, as the moon would quite literally be between the spacecraft and the earth. For forty-five agonizing minutes, all communication was lost with the crew. What if a problem arose and there were a malfunction of some kind? How would mission control know, and how could they possibly help?

"Well, the spacecraft did emerge from around the far side of the moon, the radio signal was reacquired, and mission control must have erupted with shouts of relief and joy as the safety of the crew was confirmed.

"And so it can so easily be for us. We can be, like those astronauts, astonishingly bright, capable, and gifted in our own ways—shooting for the moon. But in order to continue our progression on the course the Lord would have us set, and in order to return safely to our eternal home, we must remain in constant communication with Him. If we place barriers between ourselves and the source of that critical communication—revelation from our Heavenly Father—we will be unable to receive the messages of guidance we need from Him.

"Problems will arise and malfunctions will occur as our mortal lives take their natural course. When they do, will we find that we have cut ourselves off from the one true source of our guidance and direction?

"What barriers do we put between ourselves and the Lord? Do we sometimes figuratively place ourselves on the dark side of the moon, where we cannot hear from mission control?”

Stay off the dark side of the moon—that seems easy enough. Living on the bright side will let Heavenly Father get His messages to you.

Once in high school, I promised myself that this was the week I was actually going to read my scriptures every day. As the week went by, I felt good that I was sticking to my commitment, but I wasn't getting much out of it. So, being me, I started to try and figure out what I was doing wrong, but not much changed. When Sunday rolled around, however, my chronological reading landed me right at the perfect chapter I needed that day. And I realized something: if I hadn’t kept reading all those other not-as-revelatory days, I wouldn’t have been on the right page that day. Heavenly Father had been preparing me to receive an answer all week—I just had to contribute my consistency.

"Ordinary people who faithfully, diligently, and consistently do simple things that are right before God will bring forth extraordinary results." Elder David A. Bednar