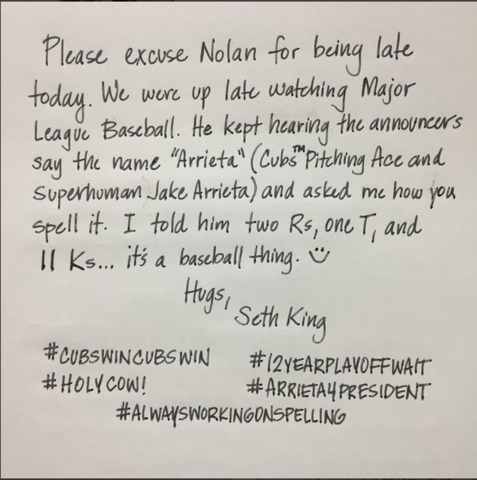 The hilarious notes are compiled on his Instagram account, @latenotes, and are providing plenty of laughts for his kids' teachers, as well as the general public.

"I was getting bored with writing the same old excuse note, and it got to a point where I also wanted my kids to understand the shame they should be feeling for being tardy and putting on-time attendance at their school as a second-tier priority," said King, who charmingly signs every note "Hugs, Seth King." 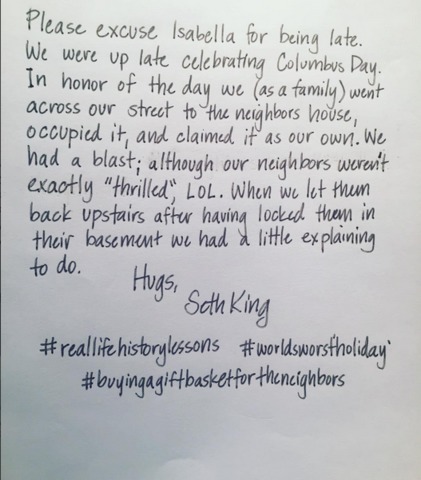 The notes—which are for Isabella, 15; Carson, 13; Sophia, 10; Nolan, 6; and Liam, 3—run the gamut of entertaining, fabricated, lateness excused. For example, Carson must be excused for getting tied up at his early morning boy band rehersal. Isabella is late because she was staging a sit-in with her vegan friends at the grocery store to save frozen turkeys.