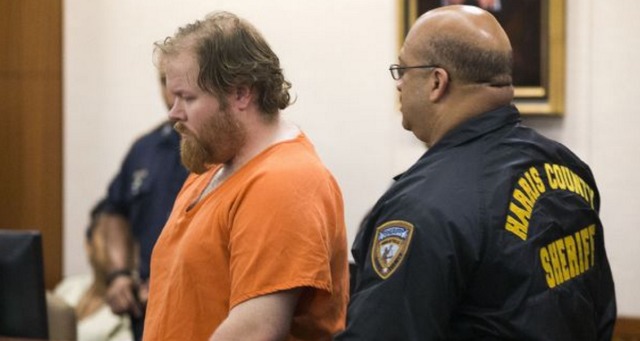 In July 2014, Cassidy Stay watched as her parents and four younger siblings, ages 4 to 13, were brutally murdered. The 15-year-old escaped only by playing dead after being shot along with the rest of her family.

According to authorities, Ronald Haskell barged into the Stay home in Houston looking for his estranged ex-wife, who was Katie Stay's sister, before opening fire on the family, killing six and leaving Cassidy in critical condition.

Attorneys have decided to seek the death penalty in Haskell's trial. Haskell's lawyer, Doug Durham, says mental health issues will likely be part of the defense, according to KSL.

Despite the horrors she suffered that night two years ago, Cassidy Stay inspired thousands when she appeared at her family's funeral offering a message of hope.

During her remarks, Cassidy shared a quote from Dumbledore in Harry Potter and the Prisoner of Azkaban: “Happiness can be found even in the darkest of times.”

Soon, word of Cassidy's courage and her message reached the ears of J.K. Rowling, who sent the avid Harry Potter fan a personalized letter from "Dumbledore," hand-written in purple ink. Along with the letter, Cassidy received a wand, an acceptance letter to Hogwarts, and an autographed copy of Harry Potter and the Prisoner of Azkaban.

"Without her courage and quick thinking, we might be mourning the deaths of 20—yes, I said 20—people today, including myself and nearly all of our children and grandchildren," Roger Lyon, Cassidy's grandfather told CNN. Without Cassidy notifying the authorities who later headed off Haskell and arrested him after a three-hour standoff, Lyon thinks far more of their family could have been injured.

At the funeral, a personal letter from Thomas S. Monson was read, reminding Cassidy and other surviving family members that families are forever.