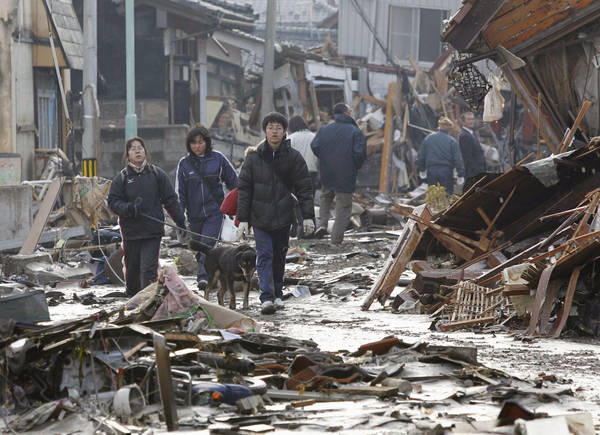 Discipline in the face of disaster: no looting in Japan

First comes the natural disaster, then comes the looting — it's a pattern established by decades of catastrophe. But in Japan in the wake of a series of powerful earthquakes, people — though desperate — aren't looking to the rubble for relief.

Residents of the Miyagi prefecture in northeast Japan, which was severely hit by an 8.9 magnitude earthquake and tsunami, are experiencing a shortage of drinking water and food, but according to Sify News, people are keeping calm.

"Gas and water have been switched off in Miyagi and the central city of Sendai. With rare exceptions, electricity is also off," said an eyewitness, who arrived in Miyagi several hours after Friday's earthquake. "But there is no panic either in the streets or shops."

Instead, people are patiently waiting in line outside of shops that have had all their windows and doors broken. To prevent hoarding, shops are passing out food and water resident by resident, he said.

No one has entered, and nothing has been looted, the eyewitness said.