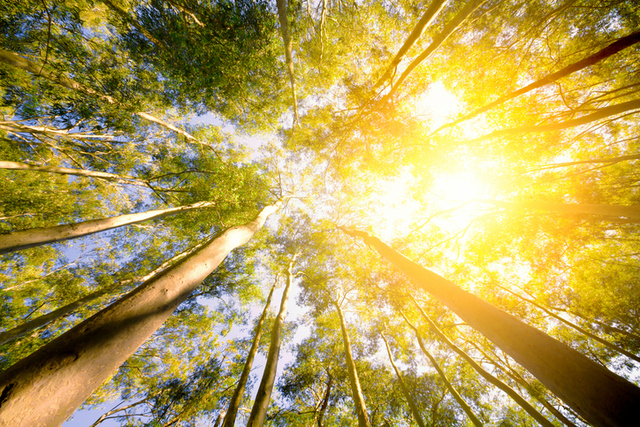 Doctrine and Covenants and Church History Lesson 3: "I Had Seen a Vision"

We have almost always viewed the preparation for the Restoration from the point of view of men and events here on earth. We have studied the lives of Joseph and his family and have considered the spiritual preparation of others who became the leading lights of the reestablishment of the true church.

1. After the Apostasy, God Prepared the Way for the Restoration

But what of events beyond the veil? Think of the joy of those who had waited for centuries in the spirit world for the restoration of work for the dead. Consider the rapture of spirits awaiting birth, who would, without the restoration, be consigned to a mortal experience without hope of gospel truths or required ordinances.

In addition, might we not safely assume that within the parameters of agency, divine forces were at work shaping world affairs in preparation for the restoration? The reformation was blazing across Europe. Multitudes were coming to America in search of religious freedom. The Renaissance had provided men with new tools and desires to explore and learn and think. The Bible was available in ways unknown in world history. Men were free to explore and ponder the word of God.

The United States had won its war of independence and proclaimed religious liberty in the new land. The Constitution was in place. The gold plates were waiting in Cumorah, and the Smith family had moved to Palmyra.

2. God Prepared Joseph Smith to be the Prophet of the Restoration

From his earliest childhood, the tribulations and joys of Joseph's life shaped him for the work he would one day do. The histories tell of almost ceaseless hardships, but always with the sense of divine assistance close at hand. Brigham Young observed:

"It was decreed in the councils of eternity, long before the foundations of the earth were laid, that Joseph Smith should be the man, in the last dispensation of this world, to bring forth the word of God to the people and receive the fullness of the keys and power of the Priesthood of the Son of God. The Lord had his eye upon him, and upon his father, and upon his father's father. . . . He has watched that family and that blood as it has circulated from its fountain to the birth of that man. He was foreordained in eternity to preside over this last dispensation." (Pres. Brigham Young, Deseret News Weekly, 26 Oct.1859)

His foreordination to be the restorer was a sublime responsibility, one requiring celestial supervision of the kind mentioned above by Brigham Young. A spirit well-prepared by obedience in the pre-mortal world needed to come to mortality in a family and through a bloodline where the preparations could continue. I think there cannot have been many parents in the history of the world of the caliber and quality of Joseph and Lucy.

3. The First Vision Ushered in the Restoration of the Gospel

There seem to have been five steps taken by the boy prophet in preparation for the First Vision. I have remembered them with this little sentence, which helps me both remember and apply the lessons: "If you want to uncover the truth, you will need a SPADE."

S=Study: Notice how the following words from Joseph's account of the First Vision (Joseph Smith–History 1) indicate his efforts to learn the truth by study.

It is difficult not to think of the anxiety with which Lucifer must have observed Joseph's walk to the grove. All-out, no-holds-barred, frontal attacks of the kind experienced by Joseph in the grove are relatively rare, especially from a being who teaches that he does not exist (2 Nephi 28:22). But Lucifer, with his bright recollection of the pre-mortal life, and the calling and foreordination of Joseph Smith, must have anticipated the impending revelation with nearly paralyzing panic.

Joseph tells us he was "seized upon by some power which entirely overcame [him], and had such an astonishing influence over [him] as to bind [his] tongue so that [he] could not speak. Thick darkness gathered around [him], and it seemed to [him] for a time as if [he] were doomed to sudden destruction. . . .not to an imaginary ruin, but to the power of some actual being from the unseen world, who had such marvelous power as I had never before felt in any being” (JS–H 1:15–16).

4. Many Truths Were Revealed in the First Vision

Spend an hour with the account of the First Vison. Read JS–H 1:15–20 several times and ponder the power of the revelations of doctrine and love and understanding that are presented in these verses. An understanding of and belief in this event, this vision of the Father and the Son, this opening of the heavens, is central to all testimony regarding the Restoration.

"Let me quote a very powerful comment from President Ezra Taft Benson, who said, 'The Book of Mormon is the keystone of [our] testimony. Just as the arch crumbles if the keystone is removed, so does all the Church stand or fall with the truthfulness of the Book of Mormon. The enemies of the Church understand this clearly. This is why they go to such great lengths to try to disprove the Book of Mormon, for if it can be discredited, the Prophet Joseph Smith goes with it. So does our claim to priesthood keys, and revelation, and the restored Church. But in like manner, if the Book of Mormon be true—and millions have now testified that they have the witness of the Spirit that it is indeed true—then one must accept the claims of the Restoration and all that accompanies it.

"To hear someone so remarkable say something so tremendously bold, so overwhelming in its implications, that everything in the Church—everything—rises or falls on the truthfulness of the Book of Mormon and, by implication, the Prophet Joseph Smith's account of how it came forth, can be a little breathtaking. It sounds like a "sudden death" proposition to me. Either the Book of Mormon is what the Prophet Joseph said it is or this Church and its founder are false, fraudulent, a deception from the first instance onward.

"Not everything in life is so black and white, but it seems the authenticity of the Book of Mormon and its keystone role in our belief is exactly that. Either Joseph Smith was the prophet he said he was, who, after seeing the Father and the Son, later beheld the angel Moroni, repeatedly heard counsel from his lips, eventually receiving at his hands a set of ancient gold plates which he then translated according to the gift and power of God—or else he did not. And if he did not, in the spirit of President Benson's comment, he is not entitled to retain even the reputation of New England folk hero or well-meaning young man or writer of remarkable fiction. No, and he is not entitled to be considered a great teacher or a quintessential American prophet or the creator of great wisdom literature. If he lied about the coming forth of the Book of Mormon, he is certainly none of those.

"I feel about this as C. S. Lewis once said about the divinity of Christ: 'I am trying here to prevent anyone saying the really foolish thing that people often say about Him: [that is,] I'm ready to accept Jesus as a great moral teacher, but I don't accept his claim to be God. That is the one thing we must not say. A man who was merely a man and said the sort of things Jesus said would not be a great moral teacher. He would either be a lunatic—on the level with the man who says he is a poached egg—or else he would be the Devil of Hell. You must make your choice. Either this man was, and is, the son of God: or else a madman or something worse. You can shut Him up for a fool, you can spit at Him and kill Him as a demon; or you can fall at His feet and call Him Lord and God. But let us not come with any patronising nonsense about His being a great human teacher. He has not left that open to us. He did not intend to’ (Mere Christianity, New York: Macmillan Publishing Co., 1952, pp. 40–41).

"I am suggesting that we make exactly that same kind of do or die, bold assertion about the restoration of the gospel of Jesus Christ and the divine origins of the Book of Mormon. We have to. Reason and rightness require it. Accept Joseph Smith as a prophet and the book as the miraculously revealed and revered word of the Lord it is or else consign both man and book to Hades for the devastating deception of it all, but let's not have any bizarre middle ground about the wonderful contours of a young boy's imagination or his remarkable facility for turning a literary phrase. That is an unacceptable position to take—morally, literarily, historically, or theologically. (Jeffrey R. Holland, Christ and the New Covenant [1997], 345–46)

I remember hearing an investigator many years ago speak of the unfortunate contamination of our religion by these stories of angels and visions and revelations. He thought the church with its programs and people was wonderful. But he could not link himself to a religion that believed in supernatural stuff.

But we have no choice in this matter. The heavens were opened and they remain open. God and His Son with their congregations of angelic ministers direct this work by revelation and inspiration—by divine communication from unseen worlds and invisible beings. We must believe it and preach it. And no event in the history of the Church demonstrates it better than the First Vision.